Was it the beautiful sunny day or the growing pull of the Anzac tradition that led to this year’s record crowd at the Port Melbourne Anzac service?

Commander Mike Lovell once again gave a memorable address – all without notes.

His theme was the evolution of Australian society from a time when white males ruled at home and in all areas of decision making to a more inclusive Australian society. He urged those who are impatient for more rapid change to be patient while old attitudes die out and ‘and give way to the fresh ideas of a new generation’. He challenged everybody to contribute personally to a more equitable Australia.

Martin Foley MLA reflected on the declining number of veterans and the closure of RSL venues around the state. He saw the future of ANZAC commemorations being ‘re-interpreted respectfully in an appropriate way’ along the lines of the Port Melbourne service – local and participatory, and supported by engagement with schools, community and civic leaders. Perhaps its a return to where such commemorations began as expressed in the inscription below. 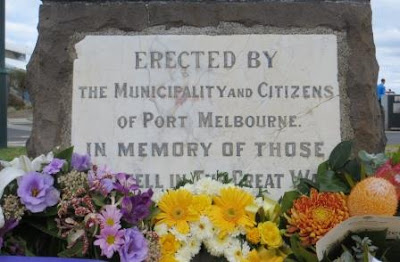 Councillor Bernadene Voss acknowledged the community organisers of the event, especially Geoff Jackson who passed away just a few weeks ago. She spoke of her family’s history at Gallipoli and Anzac Day’s unique power to bring about such a large gathering of Port Melbourne people – old and new, young and old.

For the first time, our civic leaders were accompanied by children when laying their wreaths. 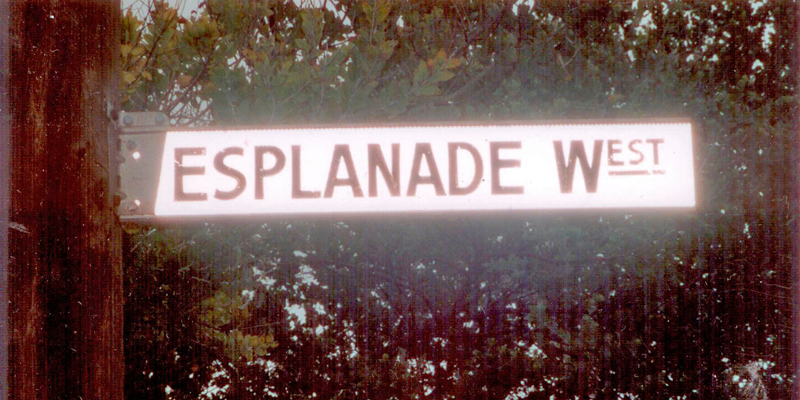