This is not the place to tell the tale of Farams because it has been done with so much care by Kevin Anderson in his film The Last of the Independents. People often mention having seen it when you say you come from Port.

‘Farams’ has become the word that seems to capture the feeling about the changes in Port over recent times. The re-development looks curiously modest to Port eyes grown used to bigger buildings.

In Farams final years, people might have said that it could have done with a coat of paint. Someone told me the other day that when he asked Doug Faram why he didn’t paint the outside of the shop, Doug responded “It’s heritage”. Doug said the original paint was an attention grabbing red. Perhaps like this? 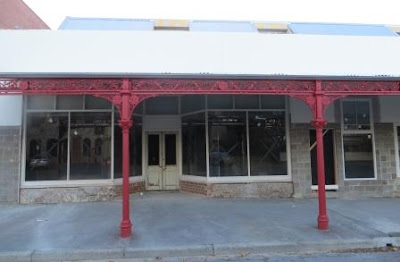 The development application was tested at VCAT.  In reaching his decision, the VCAT member said “The front facade and verandah of the existing shop premises are the key elemets of the heritage fabric and these are to be retained in the proposed development”.

Here we see this direction implemented. “It’s heritage, isn’t it?”

What are your thoughts on this approach?

The site (could you say its still the same building?) has undergone many changes since the first shop and dwelling were built in 1859. As you can see, the shop originally had a second storey where the family lived. It was demolished in the 1970s. The verandahs were added around 1920 to the Council design.

They Can Carry Me Out: Memories of Port Melbourne
Port Melbourne Historical and Preservation Society calendar 2001 (month of September) available from the Shop.
The Last of the Independents can be purchased directly from Kevin Anderson at kevina@deakin.edu.au

Got something wrong? Left something important out? Got a better picture? Have something to add? Please comment below. 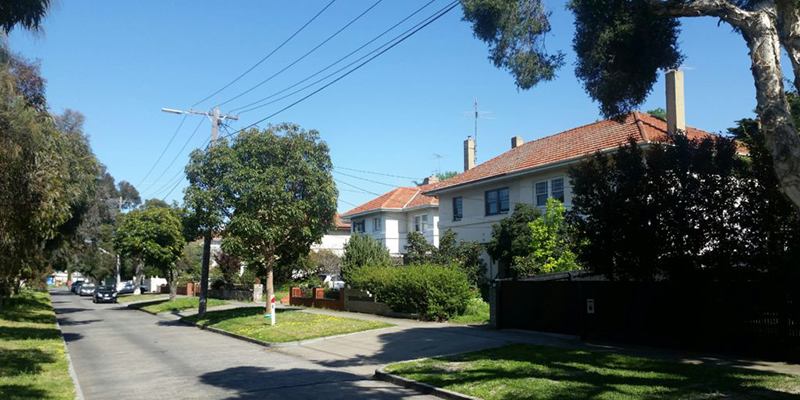 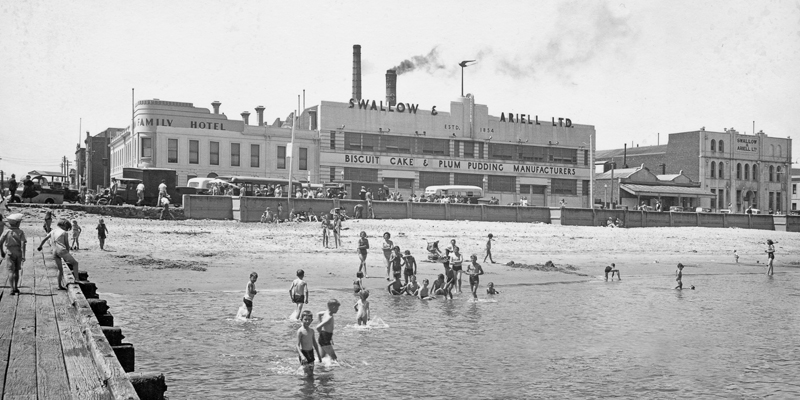