Whenever PMHPS speaks with people who grew up in Port, tales from the Bend emerge. It seems that the Bend offered the best kind of adventures a boy could have. (Girls seldom went down there).

Boys roamed about in a way that would not be permitted in our safety preoccupied times. Many of these stories start with getting on the bike. Fun and fascination included being able to watch ships on the river from the elevation of scrapheaps, and messing about in the swampy wetlands for tadpoles. And how about this … going down to the abattoirs at the bottom on Ingles St at the weekend and riding the sheep. Apparently animals were held there over the weekend before being slaughtered. A mother’s ‘Where have you been!?’ would have been a rhetorical question.

In tougher times, people would go down to the abattoir for sweetbreads and sheep’s hearts. Hughie Sykes, a coalie from Montague would come home at lunch time with a bag full.

This 1872 map is faint, so to get your bearings, the abattoir is shown inside the rectangle close to the river at the top of the map and Ingles St is the straight road that intersects the railway line. You can also see how little development there was west of the railway at that time and that there were absolutely no obstructions between the railway line and the Yarra River.

Source
Hoare, B Jubilee History of the Melbourne Harbor Trust compiled from the original records of the Trust and from the Victorian Hansard

Does anyone know when the abattoir closed? Do you have a Bend story? 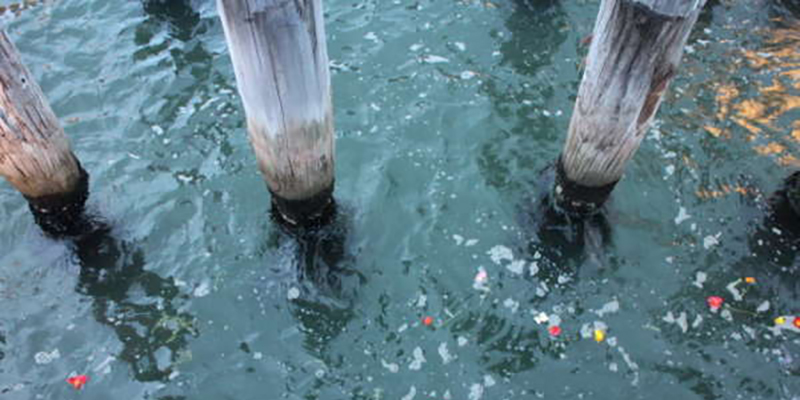 This is the place