Haydn, as he was known, played 45 games for Port Melbourne in the Victorian Football Association. 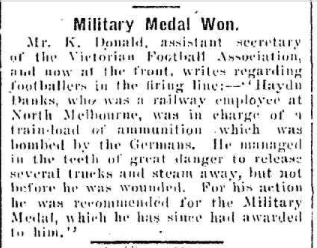