Fate:
DOD: Monday, 10 November 1919
Place: died of influenza and was buried at sea

Claud T Smith and Leslie V Douglas were given a send-off by the Presbyterian Church on the evening of 21 October 1915. 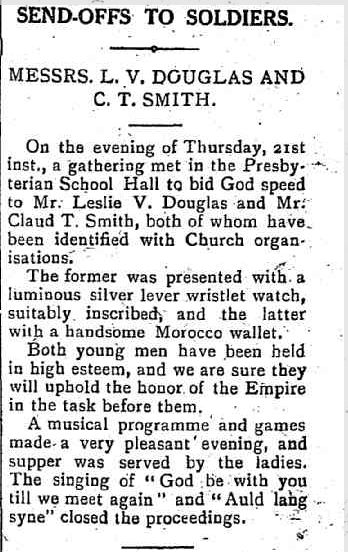