4503   (Parents: William and Florence GODLINGTON, England.  Born Cambridge, England, educated St. Giles School, Cambridge. Enlisted as a steward to a ship’s doctor and joined the A.I.F. after berthing in Melbourne.  Enlisted showing his parents in England and no local address, but he was included on the Honour Board at the Town Hall with the circular returned by Mrs L ADAMS at 13 Beach Street.  Goodson was originally commemorated at Villers-Bretonneux Memorial, but his remains were discovered in the 1930s and re-interred in the VC Corner Australian Cemetery) 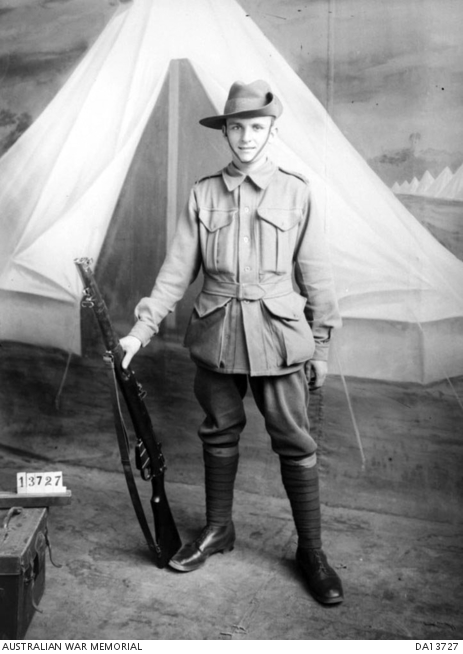