L J Martin wrote to his wife from Gallipoli in early 1916 assuring her he was in good health but describing the conditions he was working under to sure up the earthworks along the front. His humour comes through in the following ad which he suggested could be submitted to The Standard. 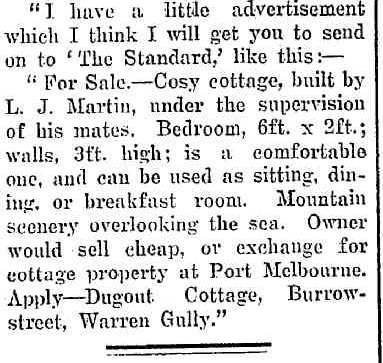