He was the local policeman in Port Melbourne when he enlisted and after the war served in South Melbourne before requesting a transfer back to Port. 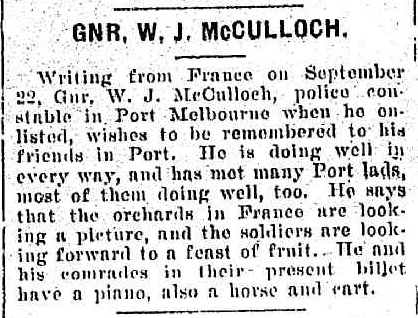