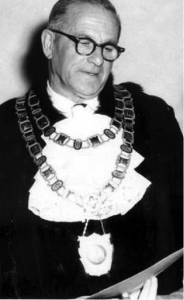 Walter Francis Ryland was the eldest son born on 10 March 1897 in North Melbourne, Victoria to Walter Edward Ryland and Lena (Selena) Annie Livingston, formerly of Hobart Tasmania. As a young man, he trained as a turner and fitter and spent 3 years in the senior cadets. He was relatively short in stature measuring 5ft 4in with brown hair and brown eyes and weighed some 10 stone 4 pounds when he enlisted in the Australian Imperial Force at Broadmeadows, Victoria on 10 September 1915.

Walter was classified as a trooper and trained as a Signaller. After 2 weeks with minimal training, Trooper Ryland embarked on the transport ship A20 the Hororata on 27 September 1915 as part of the Mediterranean Expeditionary Force No 2 (MEF 2).

The Hororata was a relatively small transport weighing 9400 tonnes and belonged to the New Zealand Shipping Company and one of a number of ships leased by the Commonwealth to provide service for the War. The ship travelled from Melbourne to Perth where it join a convoy and then sailed onto Durban, South Africa and through the Suez Canal to Alexandria, Egypt.

On 11 November 1917, after serving in Egypt with various Light Horse units and Camel regiments, Walter marched out to Port Said at the Suez Canal to board the transport ship Wiltshire. He arrived in Melbourne on 17 December 1917 and was discharged as a private from the AIF, 3rd Mounted Desert Corps, on 20 February 1918.

Walter returned to the family home in Pelham Street, Carlton and played football for Port Melbourne as a Back Pocket. Debuting in 1919, he played 26 games in all for the Borough. Walter married in 1920 and later ran the Post Office in Coburg and subsequently became Mayor of Coburg in 1954-5 and again in 1959-60.