A business near Holy Trinity church inquired whether there were ghosts in the area.

The PMHPS has no records of paranormal activity in that vicinity, but there have been tales of ghosts in Port Melbourne.

Take the curious case of the Graham Hotel. According to the owners, brothers Peter and Tony Giannakis, in 2001, a woman, dressed in white nightclothes and a bonnet, walked to the corner window of the dining room, then turned and walked back through the room and slowly up the curved staircase. When the table of three the waitress was serving asked if she was all right, she replied:  “Did you see that lady?”  They hadn’t. Soon after a regular patron told the brothers that a prostitute was murdered upstairs.

Then there is the Swallows Hotel. Staff always found the bar problematic – one side was always a lovely temperature and the other unnervingly cool.

And what about a remarkable letter tabled at an inquiry into the gasometer explosion at the Metropolitan Gas Company’s Port Melbourne plant on 4 April 1920? Six people were injured, flames shot more than 100 metres into the air, and the heat was felt almost a kilometer away. Damage to the plant, on bordered by Graham, Pickles, Danks and Johnston Streets, was estimated at about 50,000 pounds.

At the hearing, Mr. Reginald Lewis, Chief Inspector of Explosives, said he was aware that the day before the explosion the secretary of the company received an anonymous letter, dated 31 March. It read:

“I am a student of occult science, and it has come to my knowledge that on or about April 25 there will be an attempt to blow up the company‘s gasometer at South (sic) Melbourne, perhaps more. Feeling the responsibility heavy upon me, I am writing to warn you, so that means may be taken to prevent, if possible, this awful thing. It is purely and simply through the Divine will this came to me. Other knowledge which came to me through the same channel has proved correct”.

The Board of Inquiry report did not mention the occult, but found “that the destruction of the gasholder was due to the breakage of the cup of the middle lift, and that this breakage was the result of temperature stresses, for which provision had not been made in the design of the gasholder. We find also that the holder had been considerably weakened, mainly by internal corrosion, during its 30 years’ service and that this was a contributing cause”.

The Sydney Stock and Station Journal 6 May 1921 via Trove 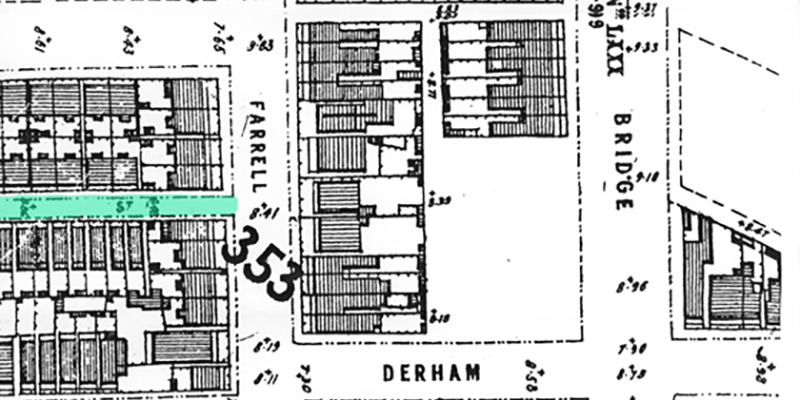