See the intact but aged starch factory. One can almost see how quiet everything is. The sky generates warmth. I understand that in those days only twelve thousand people lived in the city of Port Melbourne. On the other hand, not too far behind my back as I took this photograph, Port Melbourne still had to come to grips with the Anglo-Persian Oil Company’s vast poisoned land holdings.

Looking south (from Carmelite Priory in Stokes Street) at the starch factory’s north face and noticing since the previous photo how the roof of the lower level of the original building was now removed, and the very top of the taller structure modified. Notice the detail of the chimney brickwork. Notice also the shadowed area where formerly the outside stairway had provided shelter.

The beginnings of the outstanding evolution in Port Melbourne’s fabric. 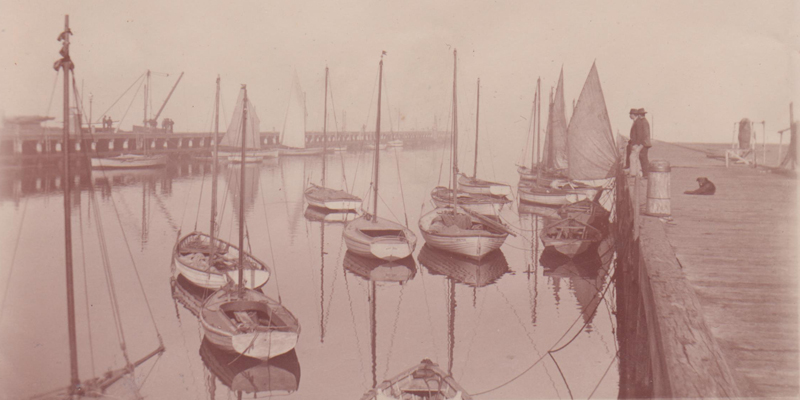