Leonard Storey was an interesting character, not so much for what we know of his life, but for what we don’t know. This enlivens our imagination into contemplating just where he originally came from and where he disappeared to. His known history spans just four years, from 1837 to 1841.

His importance in the history of Port Melbourne is that he was one of two people who were at ‘the beach’ when the Port’s most prominent original settlers arrived. These were the Liardets in November 1839. Leonard Storey and his companion William Davis were described as “two beachcombers from Van Diemen’s Land”1 by Nancy U’Ren and Noel Turnbull. Margaret and Graham Bride describe Storey and Davis “as the first white residents” who lived in “an old sugar hogshead … anchored in the sand”2.

What is known of Leonard Storey is that he had married a convict lass in Van Diemen’s Land on 12 July 1837. Her name was Sarah Howard and she was about nineteen. Sarah’s conduct was less than acceptable throughout her convict years and after committing adultery whilst married to Leonard, he relocated to ‘the beach’. There is just one record of Storey’s arrival in the District of Port Phillip. This was on the Look In on 25 December 1839. However, the simplicity of records of the time make it quite possible that Leonard had made previous journeys to Port Phillip. Undaunted by his wayward wife in Van Diemen’s Land, Leonard married Winifred Cavanaugh on 4 September 1840. He claimed to be a widower at the time. Leonard and Winifred had a daughter, Eliza M A Storey in 1841.

Leonard Storey made his living at Sandridge in various ways. He conveyed passengers both to and from the many ships that anchored in Hobsons Bay, took passengers to and from Williams Town [sic], was involved in fishing in the bay, and at times undertook to convey the mails from ship to shore. There are numerous articles about Leonard Storey and his comings and goings in the contemporary newspapers, for a time. And then, after appearing in the 1841 census of the District of Port Phillip, Leonard Storey and his family dissolve as if smoke into the salt laden atmosphere of Sandridge. Despite extensive searching of the records there appears to be no trace of just what happened to the family. Did Leonard realise that his wife in Van Diemen’s Land was still alive (Sarah died in Hobart in 1846, claiming she was a widow), and this fact was going to catch up with him at some time? We will never know for certain. Equally where did Leonard come from? His journey to Australia also defies explanation.

Despite all the mystery surrounding the short-lived presence of Leonard Storey in Port Melbourne, he was nevertheless important in the early history of the Port. We need characters like Leonard and his family to ensure we don’t become complacent and ‘settled’ in our telling of the history of the Port and its people. The richness of its history feeds on the characters who inhabit it. Leonard was one of these. 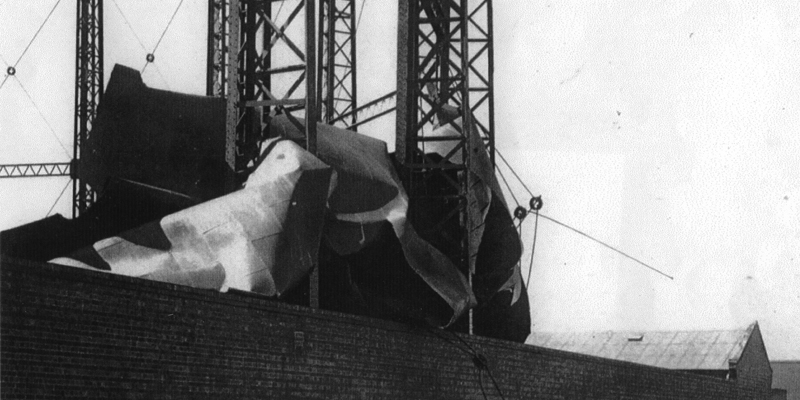