This confronting headline was published in the Herald newspaper on 16 December 1891. It described the reaction of one very annoyed old lady who had lost her money by investing it in the South Melbourne Permanent Building and Investment Society and Deposit Institute (SMPB&IS&DS). The subject of her outburst was Matthias Larkin, the recently disgraced secretary of the society who was appearing in the South Melbourne Police Court with an equally disgraced Patrick Cleary, his accountant, who was also under arrest for ‘wicked conspiracy, falsity and fraud’.[1] The reporter went on to describe the old lady as ‘shaking with excitement and raising her gingham in the air’ and shouted ‘take him out and give him supper. It’s champagne he’s used to, he is. Oh, give it to him—the thief’.

This scene was repeated in June 1893 when Larkin was again before the South Melbourne Court. Perhaps it was the same irate lady who pleaded with a constable to allow her to ‘interview’ Larkin for just one minute. She was equipped with a ‘formidable umbrella’ reported the Weekly Times. [2] Fellow South Melbourne Councillor and building society board member Thomas Stead was quoted as stating that ‘Larkin was an abomination to society, and should not be allowed to visit South Melbourne while he (the speaker) was still alive’.[3] By the time the Supreme Court case against Larkin and Cleary had ended with them being gaoled for conspiracy, the amount that they had stolen from the society and private clients amounted to nearly £100,000.

This was another ugly side to the land boom in Victoria in the late 1880s and early 1890s. The impact was felt most extremely by the people who were least able to afford it when several building societies crashed spectacularly. Building societies were supposed to be the safest way that those with only a modest income or a little cash to spare were able to invest without risk, and pay off their homes easily because of the modest interest rates charged. It was not uncommon for the building societies to elect to their controlling bodies men who were considered pious, God fearing and inscrutably honest. Such was the case of Matthias Larkin. Michael Cannon in his book The Land Boomers describes Matthias seen walking in the street with a miniature copy of the New Testament in one hand, open at an inspiring chapter, and the other pressed against his young forehead.[4] Matthias was made the secretary of the society in 1877 and in 1881 the well-thought-of Matthias was appointed a magistrate at just thirty-four years of age. What better man to have as the secretary of a building society looking after the homes and hard-earned cash of the working-class residents of South and Port Melbourne. Matthias was also a South Melbourne Councillor and a member of various religious groups and sporting clubs – a pinnacle of righteousness.

The damage done to the building society by the fraud of Larkin and Cleary was so extreme that it had to be wound up. In December 1891 that decision was made with the announcement that shareholders would get nothing, and depositors sixteen shillings in the pound. The liquidators went to work selling all the properties which remained as part of the society’s assets, but in the bust which followed the boom many houses were sold for less than their real worth. Larkin had claimed that he was not a rent collector so many people who failed to pay rent for an extended period of time were able to leave the properties without paying a penny. The money owed for rent was merely transferred from the depositors’ accounts to the rental accounts to make up the shortfall.

When Larkin made application to be released on bail in March 1892 one of the bondsmen was Matthew McCormack of the Cricketer’s Arms Hotel, son of Thomas McCormack and his wife Catherine Larkin. Catherine was Matthias’ cousin. Thomas and Catherine McCormack had built Catherine Terrace in Bridge Street, and which in 1892 was being administered by their estate.

Matthias Larkin was convicted on charges of conspiracy, refusing to answer and larceny as a servant. He served his sentence at Pentridge from 23 March 1892 until his release on 5 December 1899. Patrick Cleary was released on 14 March 1895 having commenced his sentence on the same day as Matthias. 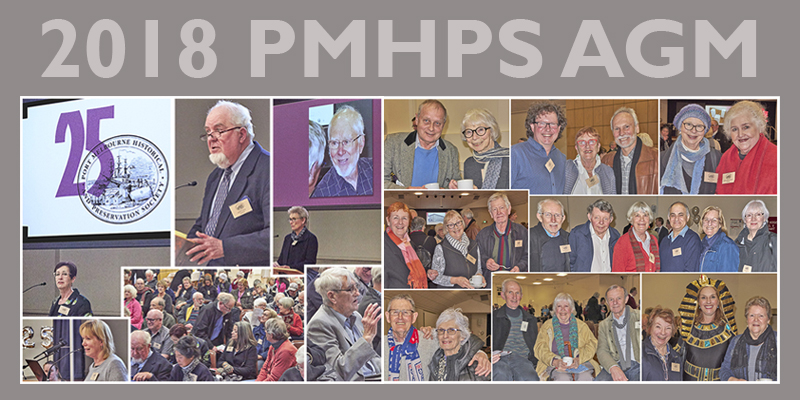