Since gatherings are not permitted during the COVID-19 parademic, no Anzac service was held at the Port Melbourne War Memorial.

Nevertheless, some did assemble (distanced, of course) in the dawn to hear the Last Post and lay wreaths. Cr Marcus Pearl laid a wreath for the City of Port Phillip, as well as at the Navy memorial (Answering the Call) and the Remembrance Garden off Station St.

The Port Melbourne branch of the Sailors’ and Soldiers’ Fathers’ Association met on Monday 12 January 1920 and discussed their intention to erect a memorial to the local men who were killed in the war.

Cr Owen Sinclair suggested Edwards Park on the land reclaimed from the lagoon would make a magnificent location for the memorial.   Cr James Crichton felt that the memorial would be better placed in Bay Street and the rockery in front of the Fountain Inn would be an admirable place for a memorial.  The Honourable Acting-Secretary of the branch, Charles Peterson, stated that a number of people said that if a memorial was to be raised in Port Melbourne it should be erected along the sea front, from where the sailors and soldiers departed for the war.1

Over three and a half years later, on Tuesday 16 October 1923 the question of a war memorial was discussed by Port Melbourne Council.  The local branch of the Soldiers’ Fathers’ Association had written to Council asking for £200 or £300 for a Port memorial for fallen soldiers.

Cr Smith moved that discussion of the proposal be postponed for one month when Council would be drawing up estimates and in the meantime the Town Clerk could advise whether Council could accede to the request or not.

Cr Walter said he would prefer to see £200 given to the living war memorials one saw limping about the streets on crutches. He felt that rich men, who were raising war memorials everywhere to the dead, were shirking their responsibilities to the living. He moved an amendment to the motion that the money should be spent on the wounded returned soldiers in Port Melbourne.

Cr Sinclair stated that returned soldiers already received pensions to which Cr Edwards asked if that was sufficient.  Cr Sinclair replied in the affirmative saying that it was, with the assistance they receive from the Repatriation authorities. Further stating that he had been on the local repatriation committee since its inception.

The Amendment was defeated and Cr Smith’s original motion carried.2

At the Council meeting during the first week of December, Cr Howe moved that £200 be voted for a local war memorial to add to the £108 the Port Melbourne Branch of the Sailors’ and Soldiers’ Fathers’ Association had already raised.

Cr Smith said that Council had already given the returned soldiers a hall.  Cr Sinclair responded that the hall was for the living while the memorial is to honour the dead.  Cr Walter repeated his desire from the earlier meeting that the money be spent of disabled soldiers rather than a memorial.  Backing him up, Cr Edwards suggested the money be added to the charity vote.  Pushing his argument further, Cr Walters said that monuments lost their appeal to the people after a few years.  ‘How many thousands passed the Burke and Wills monument daily with but very rarely a thought for the men in honour of whom it was erected?’

Eventually the Council decided to place £100 on the estimates as a donation to the local war memorial.3

In the lead up to Anzac Day 1925, the Council had plans for erecting a drinking fountain war memorial on Sinclair Parade at a cost of £250. It was noted that the local branch of the Soldiers’ Fathers’ Association had raised a considerable portion of the money and that a mosque design was favoured.4

In November 1926 the Mayor, Cr William Howe, Town Clerk, Mr Syd Anderson and other officials assembled outside the Port Melbourne Town Hall to observe two minutes’ silence, ‘in common with all other people, wherever they happened to be‘.6

Perhaps as an indication that the local war memorial was built in the first few months of 1928, The Record reported on 21 April under the heading “Port Melbourne Soldiers’ Memorial”

On Sinclair Parade is a drinking fountain inscribed :-

The article went on to say “On Anzac Day it is hoped that none will heedlessly pass by the memorial, and that the city fathers, churches and citizens will pay official tribute at this local shrine. Let floral offerings – be placed there; let a simple service be held on this same spot; and let not the utility of the monument overcloud its memorial significance. Though the State shrine may be somewhat grander, this simple memorial, with its simple legend, is nearer the hearts of the people, who must never be willing to allow national ceremonials to entirely over- shadow domestic tribute by localities at the local shrines.” 7

The Port Melbourne War Memorial remains on Sinclair Parade, on the sea front, nearby the piers where so many young men left for the two great wars of the 20th Century. Some never to return.

* It is interesting to note that a bust of George Samuel Walter (1872-1937), Councillor and Mayor of Port Melbourne, stands beside the rockery in front of the former Fountain Inn.  We wonder how many of the thousands of people who pass by each day or wait for the bus into the city in front of the statue, pay a thought to former Cr G S Walter and the forty years’ service he gave to Port Melbourne.

‘The Food of Great-grandmothers’ 2 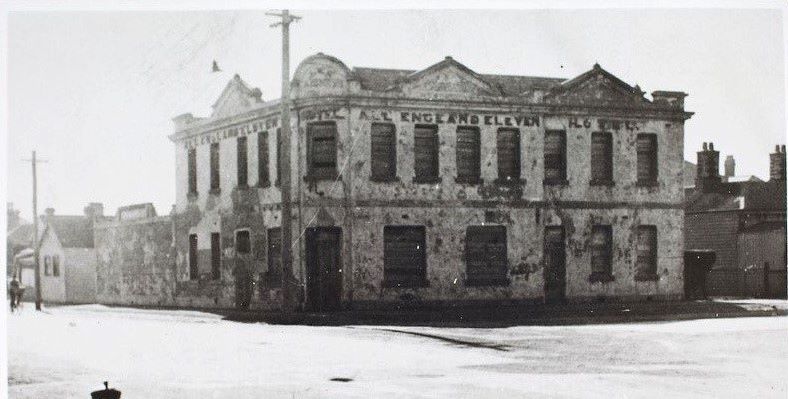