Sangster Reserve occupies the small triangular piece of land behind the Port Melbourne Bowling Club between Princes and Nott Streets. The area includes a children’s playground and nearby there is an art deco style electrical substation. Just inside the Nott Street entrance is this monument commemorating the life of George Sangster, once a household name in Port but now almost forgotten.

George Sangster was born in Aberdeen. He left school at the age of nine, working in a variety of jobs until he became a ship’s fireman, working first on ships on the England to Australia route, then Australian coastal ships and finally settling at Rock Vale, now 137 Spring Street West, scarcely 100 metres from the memorial.

George was one of the small group of men who founded the first successful seaman’s union in Australia. The scattered ships constantly on the move, and the extraordinary authority that rested in the master of a ship at sea, made it very difficult to organise seamen into an effective union, yet their working conditions even in the late 19th century were appalling. George soon became secretary of the Seaman’s Union. In 1880 the union asked him to go to New Zealand where he travelled to a number of ports successfully establishing branches of a seaman’s union in Auckland, Port Chalmers and Wellington. The reforms that made coastal shipping in Australia relatively safe were due to the untiring and persuasive efforts of George Sangster who was sometimes called the Australian Plimsoll.

As President of the Seaman’s Union in Victoria he represented them on the Victorian Trades Hall Council and became its president in 1894. When he was nominated for the parliamentary seat of Port Melbourne one conservative newspaper said of him:

he has only one fault in our eyes and that is that he bears the mark of the Trade Hall,

but it went on to also say:

at least he goes straight and a strait goer is always bound to gain ground, when trickery and dodgery are going on.

For a short time he was on the Port Melbourne Council before being elected to the Victorian Parliament in 1894 as a member of the Labour Electoral League. An article in the Newcastle Morning Herald and Miner’s Advocate said of him when it recorded that event: he is essentially a worker, … one who stood for universal suffrage, land and absentee taxes, boards of conciliation and arbitration, and federation. The same article gives us a more personal image: The new member for Port Melbourne is above medium height, if wiry frame, wears a full brown beard, and is prematurely bald. He has a pleasant Scotch accent, is good humoured in disposition and fond of a joke. Although a member of the Port Melbourne Football Club serving as President 1898-1900 and also strongly connected to the cricket club, his great recreational interest was in chess and he played regularly and expertly in the local Chess Club.

In 1896 he managed to force an official inquiry into the activities of the Marine Board of Inquiry, the body charged with inspecting coastal ships and declaring whether of not they were seaworthy when they left port. Although this final report did not find the Board or its inspectors guilty of any wrong doing, the evidence of unseaworthy vessels operating from Victorian ports revealed to the public just how dangerously inadequate was the state system of inspection and of course how dangerous it was for the crews who sailed in them. For example the Port Chalmers was permitted to leave Melbourne with a substantial hole below the water line. On another vessel: SS Tyrian – that this vessel was allowed to trade with a boat davit in such a condition that it took five men 23 minutes to get the boat to sling out. This was just the beginning of the campaign Sangster waged that eventually led to an effective and uncorrupted system of ship inspection. As the Mayor of Port Melbourne, Councillor Smith, said at the time of his death:

The action Mr Sangster took on the Plimsoll mark was endorsed by every elector who knew anything about it, and would never be effaced from the memory of men “who go down to the sea in ships”.

He represented Port Melbourne in the Victorian Legislative Assembly for twenty-one years.

It is not surprising that this monument was jointly funded by the Port Melbourne Council and the Seaman’s Union of Australia and that the inscription on it reads:

The Borough and its People, Margaret and Graham Bride, PMH&PS, 2013

Once Were Champions: The First Fifty Years of the Port Melbourne Cricket Club, Terry Keenan, 2017 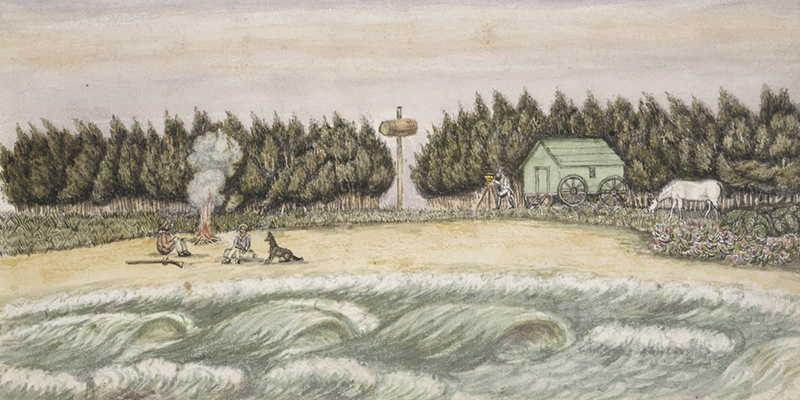 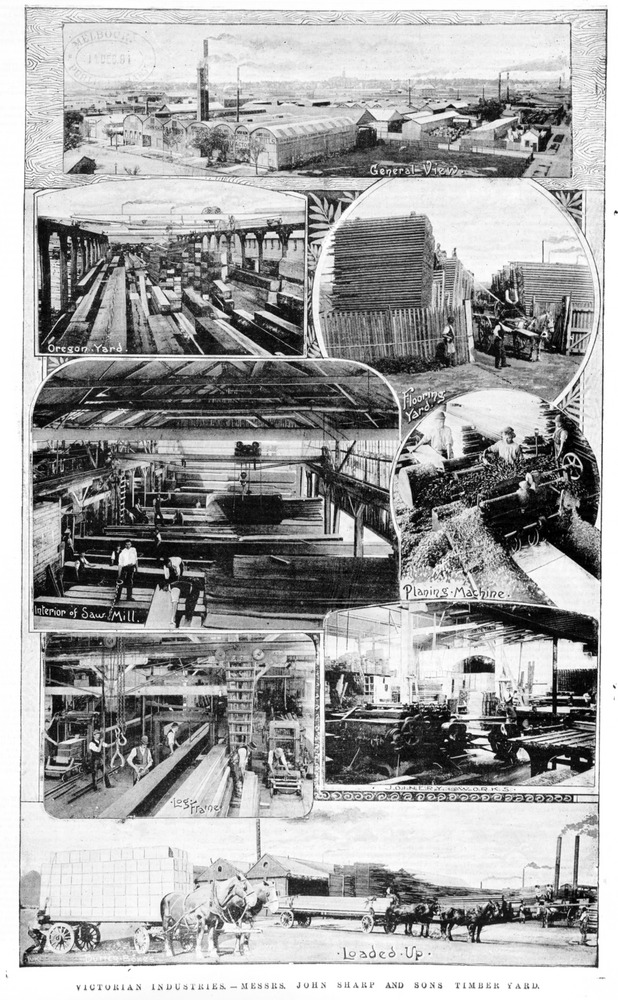