Kicking into the Wind by Terry Keenan 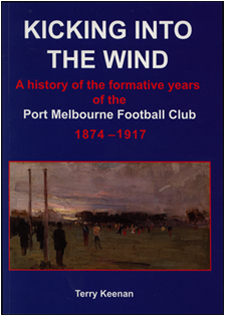 Kicking into the Wind
by Terry Keenan

Terry Keenan captures the colourful, often turbulent history of the formative years of the Port Melbourne Football Club, a club that has always had its passionate supporters as well as its detractors. Carefully researched and illustrated with period photographs, Kick into the Wind brings to life a fascinating period in the club’s history, tracing it from its beginnings until World War I. Along the way we meet many memorable characters and explore how the club attained its unique reputation.