Port Phillip Council is inviting contributions to the Seniors Writing Awards – due by 2 September. Successful pieces are included in a publication. Here is a small excerpt from a delightful longer poem from the 2010 competition. It’s about a corner shop in the Wimmera but it sounds as though it would also describe some of Port’s corner shops

“From the levelled drawers behind him would the grocer ladle spice,

With his fingers form a “poke” and tuck it in;

The same for sage or pepper. It was neat. It was precise,

It was never in a packet or a tin!

And when we paid the weekly bill, a poke of peppermints

Or sugar drops or wine gums came our way!”

reproduced with permission from George Hall.

Only the other day, a Port resident spoke of a ‘poke’ (and not in a facebook kind of way) and how everyone settled bills on a weekly basis – no matter how much money they had.

This shop on the corner of Dow and Rouse Streets was called Bulloughs. John May recalls: “They sold small goods. I loved going there, thought it was wonderful. It had steps going up to the door, and the counters were all of scrubbed timber.”

Any shop stories out there? 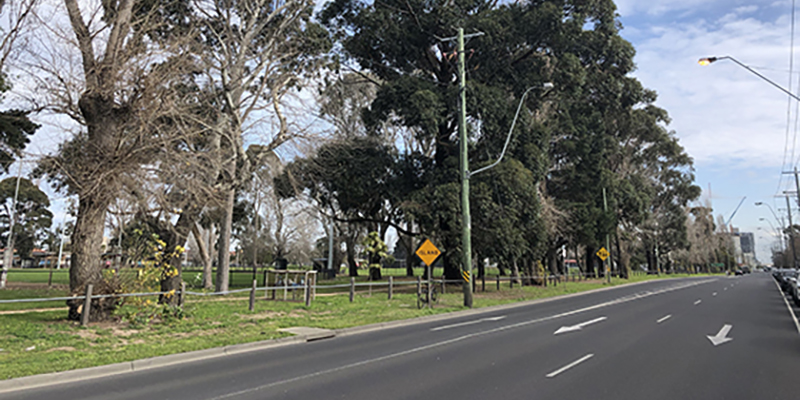 An afternoon in the Park