John Forbes, one of four sons of Archibald Forbes, 197 Dow Street, served in the navy. His other three three sons are William Forbes, David Forbes and Archie Forbes. His grandson, W Forbes Jr has also enlisted. 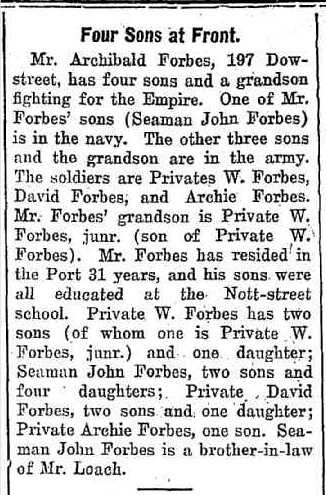