Charles Allan Harris of 157 Cruikshank Street, Port Melbourne is listed among the Naval contribution to the Expeditionary Force that sailed for Rabaul in, what was then, German New Guinea, in September 1914. 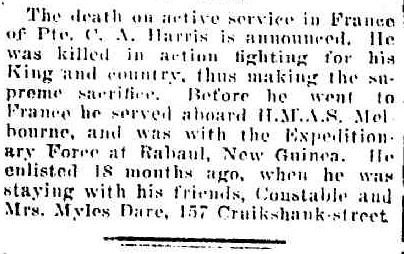