John was discharged due to being illegally absent from 28 August 1919 and thus automatically forfeited the right to his medals. He finally returned to Australia, disembarking at Melbourne on 12 February 1921. Two days later he wrote to the military authorities asking for his Distinguished Conduct Medal (DCM) to be restored. He gave his reasons for going absent as ‘after being in prison for an unjust sentence I reported to camp in April 1919 and was hanging around camps for three months and was not put on a quota and not drawing any pay and as I had offer of employment in Ireland and thinking I could improve my position I went to Ireland and was working there until such time as the country got unsettled I came back to England and reported, from then on I have been in touch with Australian HQ in London.

The initial reaction of the authorities was that due to his past conduct he had forfeited all medals however it appears that this was overturned and John did receive his war medals. 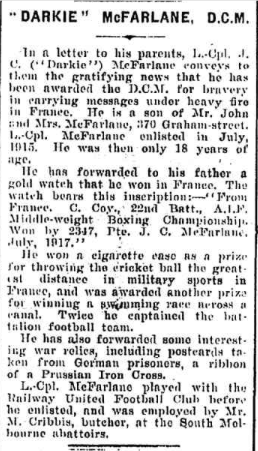 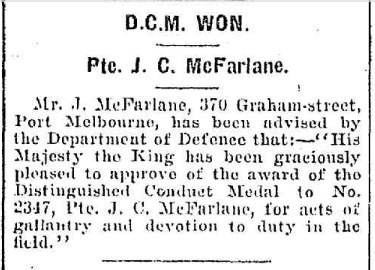