Victor had an intriguing way of letting his mother know that he would soon be arriving close to home so that she could deliver his lunch to him without interrupting his work-day – he blew the train whistle. This oral history record was made by Margaret Nayban in 2006 and written into the Port People database. Margaret went on to explain that Victor was an engine driver with the Melbourne and Hobson’s Bay [United] Railway Company and worked the line from Melbourne to Sandridge. He had joined the company in about 1877 and the family moved to Sandridge where the rate book of 1881 recorded Victor as the head of the household living at 57 Liardet Street in a house owned by William Boothroyd the wheelwright. At the time Victor had the occupation of ‘Fireman’ so he had not risen to the rank of engine driver yet. Considering the distance from 57 Liardet Street to the closest station on the line – Graham Street is about a thirteen minute-walk away it is probable that the whistle signal was not used at this time. However, the family soon took up residence in Ross Street and the rate book of 1887 showed that Victor was an engine driver by then and was the owner. Their house was number 273 post 1900 and the distance to North Port was just a short three-minute walk away, so if Victor blew the whistle leaving Montague or Graham Street ‘Ma’ could make it.

Victor’s ‘Ma’ was Mary Ann Lane and she had been born in about 1826 in Cloyne County, Southern Ireland. She married Robert Fitzgerald Uniacke in Melbourne in 1853 and together they had three children: Victor Lane in 1854, Eleanor Mary Josephine in 1855 and John William in 1859. Mary had two children from a previous marriage in 1847 to John Dunn, but John had died in 1852 leaving Mary with two young children to care for. The welfare system at the time was grossly inadequate so Mary did what so many other young mothers did, she re-married. However, her marriage to Robert was only short also as he died in 1862 of tuberculosis. Mary lost her first child to John Dunn, Patrick John, when he was six years old, and two more of her children when they were young adults, Mary Frances Dunn in 1878 aged twenty-eight and John William Uniacke in 1887, also aged twenty-eight.

Robert Uniacke had arrived in Victoria in 1852 in search of gold, but there were no records found of whether he had any success. Quite to the contrary, Robert was found to be insolvent in October 1860 with the causes quoted as ‘[s]ickness in family, and pressure of creditors, one of his creditors having sold all his furniture under a fi. fa. (fieri facias)’.[1] He was listed in the 1857 to 1860 Sands & Kenny directories as having premises at 164 King Street, Melbourne. Following his death his wife Mary Ann took over the business and was listed in the 1865, 1870 and 1875 directories.

Robert was the youngest son to parents Norman Uniacke and Eleanor Lax and was born in Somerset in about 1830. However, their home country was Ireland in the County of Cork where the family had a substantial property named Mount Uniacke.[2] An article in the Geelong Advertiser and Intelligencer of 18 July 1853 indicates that there were problems in Ireland as ‘[t]here is another petition by the owner Mr Norman Uniacke, for the sale of his property in the County of Cork. The annual rent is 2,296l; the encumbrances are, principal 30,457l; interest or arrears of annuity, 1,419l’[3] The website referenced gives much of the history of the Uniacke family and their estates in Ireland.

Not long after Victor joined the Melbourne and Hobson’s Bay United Railway Company in 1877 it was taken over by the Victorian Government in 1878 and became Victorian Railways. It can probably be assumed that Victor retired in about 1919 when he turned sixty-five, but the electoral roll never ceased designating his occupation as ‘railway employee’ from 1903 until 1937 when he was eighty-two. Finally, in 1943 Victor was described as having ‘nil’ occupation. He died on 29 May 1945 aged ninety-one after he had taken a fall when returning home following a successful major operation in hospital. The then Mayor of Port Melbourne, Cr. George Alexander Rogers stated at the council meeting on Tuesday 5 June that Victor was ‘one of Port Melbourne’s most esteemed citizens and had been closely associated with its movements for the last 50 years’.[4] Victor’s wife Johanna had pre-deceased him on 3 July 1941, although the Standard incorrectly stated that ‘[h]e left a widow and large family’.

A search of Trove using the name ‘Uniacke’ in the local newspapers – Record and Standard from 1877 to 1945 returned a total of 429 separate articles or mentions in lists. Victor was a charter member of the Australian Natives’ Association and became president in December 1897.[5] A number of his sons played both Australian Rules and cricket with various teams over the years with one son being a member of the Shamrocks and who was made captain in 1897. Victor’s sons Victor and Redmond were prominent students at St Peter’s and St Paul’s Catholic School. The boys also attended the Christian Brothers College in South Melbourne with Norman being acclaimed as champion of the college in cricket in 1907.[6] Young Victor Uniacke was mentioned in 1899 playing for the Albion Cricket Club and excelling with his bowling and making fourteen in the first innings.[7] Victor and Johanna’s eldest daughter Josephine was mentioned in the Record in September 1900 attending the ‘Geisha’ Quadrille Assembly Ball where she wore an outfit of ‘white silk, chiffon with silver trimmings’.[8] She also attended the 1902 Ball and on this occasion wore ‘white mouslenne de soie, white chiffon bodice, trimmed with silver and Chantilly lace’.[9] The guest list understandably included many of the names we regularly associate with the history of Port Melbourne: Plummer, Rendall, Batty, Brooks, Crawford, Dawson, Freame and Hooton to name just a few.

In 1900 one of the Uniacke boys began playing cricket for the Railways team, no doubt inspired by where his father worked and where two of the boys also made their careers. These were Redmond John and Norman Joseph. Redmond was working as a fireman at the time of the 1913 Electoral Roll and by 1916 was listed living in Stawell with the occupation of ‘railway employee’. Norman turned twenty-one in 1911 and first appeared on the 1914 Electoral Roll living at 273 Ross Street with his parents with the occupation of ‘fireman’. At the time there were five adult members of the family living in the house while Victor, the eldest son, and his wife, May Josephine Petersen were living at 209 Bay Street, according to the roll. Victor’s occupation was listed as ‘clerk’. Despite this the 1915 to 1925 Sands & McDougall directories show that Mrs M J Uniacke was the license of the Rose and Crown Hotel at 309 Bay Street and Victor was listed living there in the 1920 and 1925 editions. Crofton who was living with his parents had the occupation of ‘civil servant’, and Margaret Mary, also living with her parents was a clerk like her eldest brother. Eleanor, third daughter to Victor and Johanna turned twenty-one in 1917 and in the 1918 Electoral Roll had the occupation of ‘cashier’. She was also living at 273 Ross Street. Agnes the youngest came of age in 1920 so first appeared on the 1924 Electoral Roll working as a ‘Milliner’. Unsurprisingly she was also living at 273 Ross Street. Agnes was the only surviving child of Victor and Johanna who did not marry, she turned 100 on 1 September 1999, but died six days later.

There can be no doubt that the Uniacke family had successful careers in skilled occupations which must have been a result of the guidance of their diligent and caring parents Victor and Johanna. The high esteem that Victor was held in by Port Melbourne community leaders attests to this as well as the evidence of the family living in a modest cottage for much of their young lives where co-operation would have been a necessity. There is every indication that the family ‘settled’ into the Port Melbourne community and were proud members of it.

The modest five room cottage at 273 Ross Street was demolished between 2007 and 2009 and an ultra-modern two-storey with roof deck residence constructed with three bedrooms and three bathrooms – those would have been useful when the Uniacke family lived there no doubt. It sold for $2.3M in 2017, an addition of $2M over its previous selling price in 2002.[10]

[1] ‘a writ commanding a sheriff to levy and sell as much of a debtor’s property as is necessary to satisfy a creditor’s claim against the debtor’ Dictionary.com <https://www.dictionary.com/browse/fieri-facias>; ‘New Insolvents’ Age, 5 October 1860, p. 6. 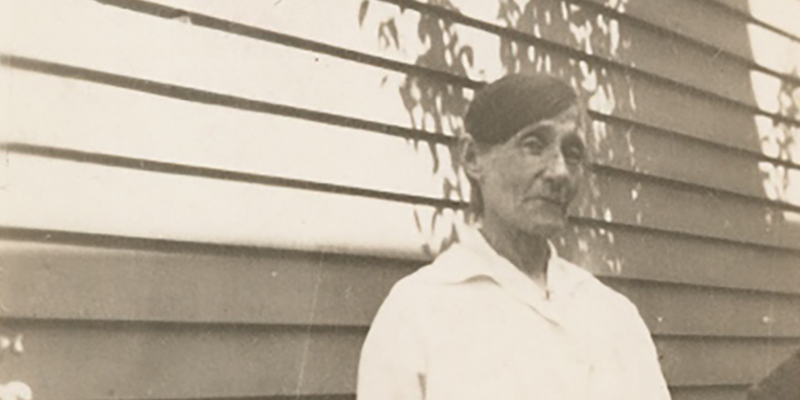 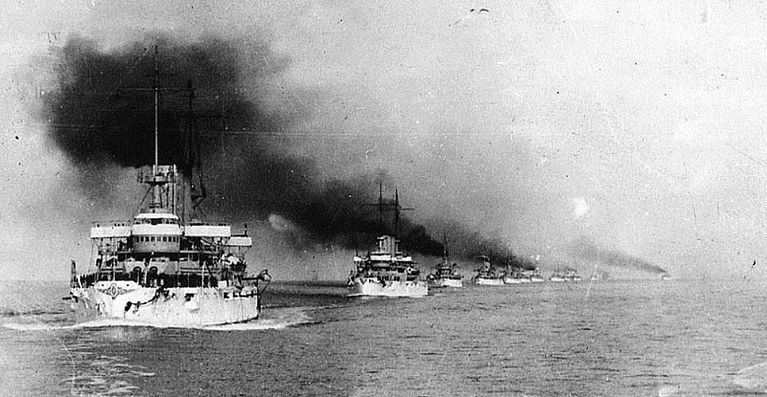 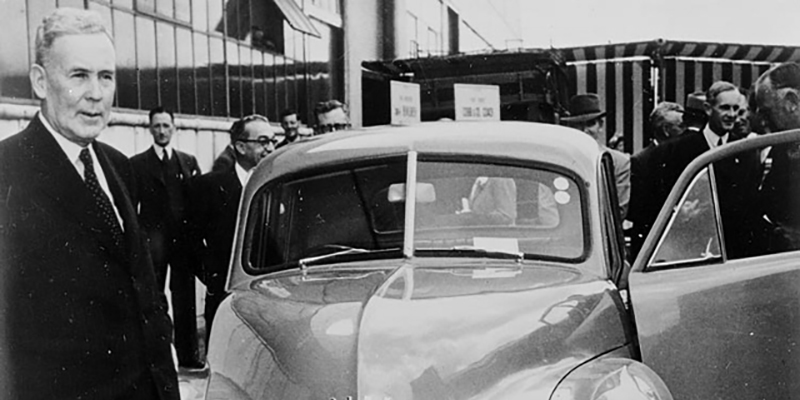