Harold played 40 games for PMFC and was captain.

Brothers: Jack and Ted Daniel. An article in the Standard, 20 January 1917 misspells the family name as ‘Daniels’. 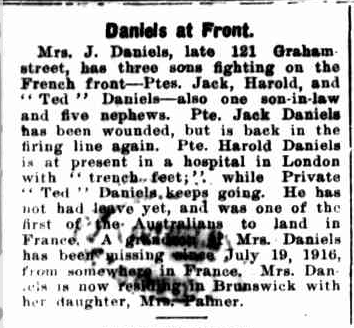 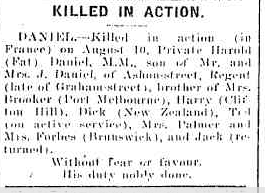