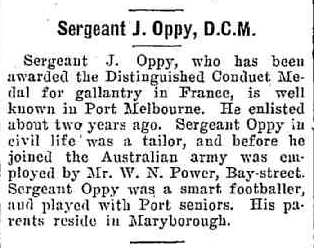 It appears from Oppy’s service record that the above newspaper report is incorrect. He was awarded the Military Medal (MM), not the Distinguished Conduct Medal (DCM).