Twenty-one year old Alfred Harman is reported to have started his engineering business in 1885.1 He proudly advertised his services as an “engineer, blacksmith and brass-founder” offering “engines and machinery of every description made to order and repaired at lowest possible rates”.2 His firm, the Port Melbourne Engineering Works, which later became Alfred T Harman & Sons and Steel Castings Pty Ltd, was an integral part of the otherwise suburban streetscape of Derham Street from 1902 to 1972. Three generations of the Harman family led this evolving business .

Born in Peckham, Surrey in 1864, Alfred Thomas Harman came from a business background. His father, Alfred Hugh Harman, set up a small photographic printing company and patented a process to produce enlarged photographs with an artistic finish. In 1879 he turned to manufacturing gelatine plates for other photographers which led to the formation of the Ilford photographic film company in 1900.3 About the time he began making photographic plates, A H Harman left his wife and seven children, including Alfred Thomas, who was then in his teens.

Precisely when Alfred Thomas Harman emigrated to Australia is not clear, perhaps as early as 1882. In 1888, he married Margaret Chrimes, daughter of a guilder who lived in Port Melbourne. The newlyweds lived first in Evans Street and, while his trade was listed as engineer, he was working as a lumper on the wharves. By 1891, they had purchased a house in Farrell Street, near the corner of Derham Street, and in 1893 he built a workshop in the backyard of this property from where he operated his engineering business. In 1902, he purchased land on the east side of Derham Street, near the intersection with Williamstown Road where he erected the Port Melbourne Engineering Works. A contemporary newspaper article described this new facility in glowing terms.4

The engineering establishment of Mr. A. T. Harman is one of the most complete for its size of any about Melbourne, and some first-class work is turned out. The shop, which covers a good area, is fitted up in a most compact manner, and is a very comfortable place to work in. One of the features of the place is the floor, which is laid- down entirely of hard wood, forming a durable and pleasant walking foundation; it also gives the place a cleaner appearance than most engineering shops. The plant is a most replete one, and contains the latest drilling and planing machines and lathes. There are also appliances for brass moulding and a smithy’s forge. The pattern room is another feature of the establishment.

In 1905, Albert and Margaret Harman and their growing family moved into the house at 72 Derham Street, next door to the factory. His younger brother, Percy, who was part of the firm for a period, lived at number 68.

By 1907, the firm employed 40 workman and specialised in steam powered winches with 32 different models used in many industries including ones designed to haul logs in forestry operations. They were also the only manufacturer in Australia of Pickering governors for steam engines. A theme that recurred over the next three decades in newspaper articles and letters to the editor featuring Alfred Harman was the issue of tariffs placed on imported machinery. Users of such equipment wanted tariffs lowered while local engineering manufacturers argued they could supply quality equipment, if they were given the chance.

Mr. Harman’s work affords another proof, if proof were needed, that the mining companies which have been crying out about the burden imposed by the tariff duties on machinery, have no occasion for complaint and that they can get all their mechanical requirements supplied from Australian foundries and  engineering establishments.5

In 1911, Alfred Harman built the Port Melbourne Machinery Stores on the opposite side of Derham Street with access through to Williamstown Road. This facility was probably used to do some final assembly and to store finished product, which included machinery they imported and sold as agents and distributors.

The business was profitable and this was reflected in the life of the Harman family over the next couple of decades. In 1910, Alfred accompanied his eldest daughter, Margaret Amelia, aged 18, on a six month trip to the “old country” to visit family. Then in 1913, following the death of his father, Mr and Mrs Harman and their second daughter, Clara, visited England. By 1914, the Harman family had moved from Port Melbourne to live in comfortable Canterbury. The following year, Margaret married an engineer from the company, Fred Dehais. However, tragically she died during childbirth in 1916. Clara and their third daughter, Hazel, each married in 1923, with both weddings being featured in Table Talk, a weekly social magazine.6

Through the 1920s the firm began to focus on designing and building excavators including draglines and these became their staple product line by the 1930s and remained so for the next 30 years. Initially these machines were steam powered but progressively the motive power changed to diesel, petrol or electric depending on the application.

In 1927, Alfred Harman embarked on a unique project to create a specialised geared locomotive for the forestry commission. This was a major deviation from their core product lines and with it came many engineering challenges. While the locomotive functioned, early trials revealed underlying design flaws. Although Harman and his team worked gallantly in the field to overcome these, in the end the locomotive never went into service.7 Early in his career, Harman experienced a similar outcome with another bespoke machine, an agricultural locomotive, and that ended up in court.8

As might be expected, Alfred Harman experienced difficulties during the depression of the 1930s and the nearly went under. His eldest son, Alfred Henry Harman, took over the reins in 1934. He partnered with James Robertson to purchase the foundry part of the business from his father. Later this became Steel Castings Pty Ltd.9 Following the death of Alfred Thomas Harman in 1937, the remainder of the original Port Melbourne Engineering Works was registered as Alfred T Harman & Sons Pty Ltd. In 1955, Alfred Henry’s son, Bruce Harman, became the managing director of Steel Castings. After Alfred Henry Harman passed away in 1958, the younger son of Alfred T Harman, Harold, took over the family business. However, the world was changing.

In 1962, Alfred T Harman & Sons was sold to Swedish company Kockums. They continued to produce Harman excavators in Port Melbourne, but after Kockums changed its business direction in the mid-1970s, Alfred T Harman & Sons closed down. Meanwhile, Steel Castings Pty Ltd moved from Derham Street in 1972, but continued to operate from premises across Williamstown Road in Bertie Street, before they eventually closed down in 2004. So the enterprise that Alfred Thomas Harman founded in the 19th century, continued in one form or another, for just on 120 years. Their avowed basis for doing business was “quality before price” and “efficient service before and after sales”. 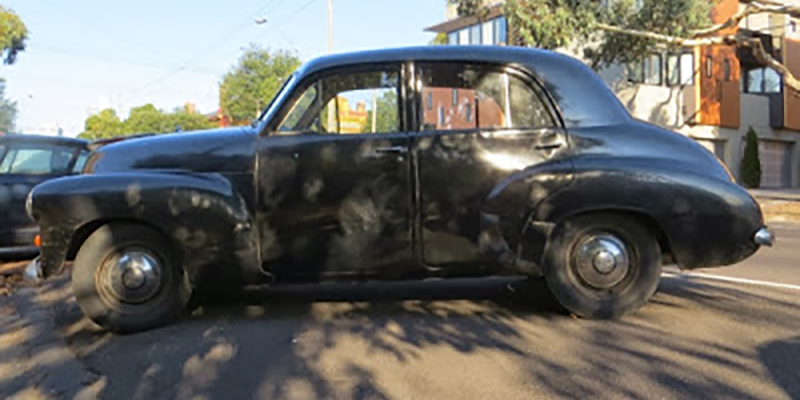 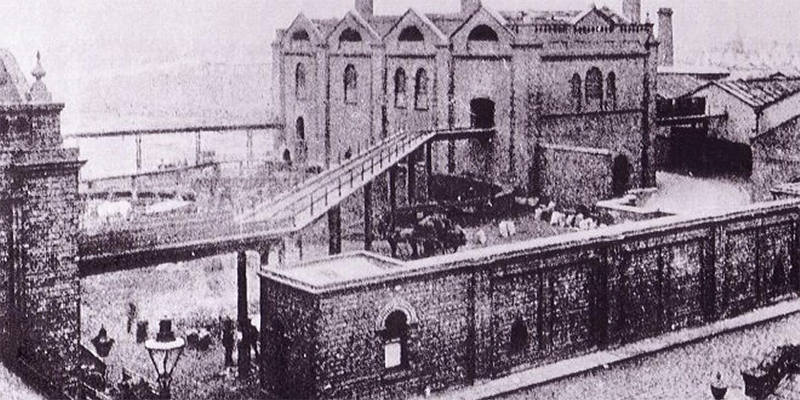