Complementing Pamela Horsley’s ‘Adventuring with the Liardets’, the Port Melbourne Historical and Preservation Society presents ‘Celebrating the Landing’ – an exhibition detailing how Port Melbourne has commemorated other anniversaries of the Liardet family’s 1839 arrival on The Beach.  Events include the momentous, month-long Liardet Centenary of 1939 as well as the 160th and 170th celebrations in 1999 and 2009.

1999’s Lee-ar-day Days was a weekend festival staged on ‘Liardet’s Beach’ and featuring activities that Capt Wilbraham Evelyn Liardet himself provided on that site in the 1840s. Yachting regattas, marching and musical entertainments, boating, carriage rides, archery and art competitions – all but the horseracing, the greasy pole climbs and greased pig catching – were provided once more for the amusement of citizens of the settlement the flambuoyant Captain had founded.

Also the Society depicts how in 2009 Wilbraham and Caroline Liardet reappeared in the streets of Port Melbourne, reacting with mingled amazement and disapproval to 21st century developments and apparel.  Caroline in particular was concerned so many people seemed to be out in the street in their under garments.

You can see both exhibitions at Gasworks from 11th to 23rd November 2014. 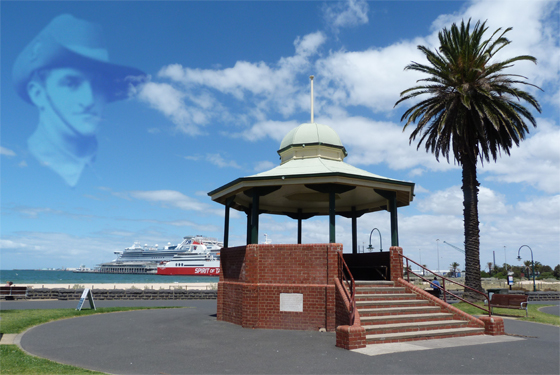 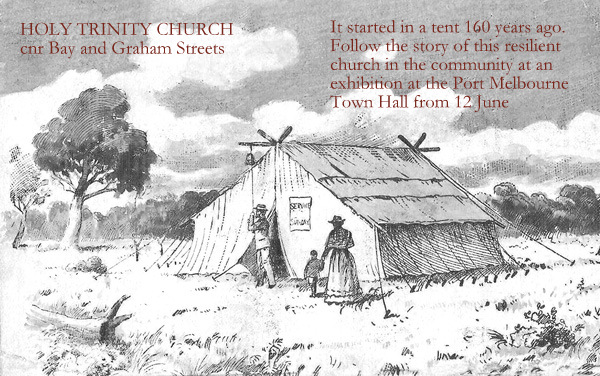 The English Church at Sandridge