A selection of posters from the 1980s, 1990s and 2000s promoting the Port Melbourne Festival

Port has a long-standing tradition of an annual community festival usually held over a weekend in summer. At times it has been held in JL Murphy Reserve, Bay Street and Edwards Park. 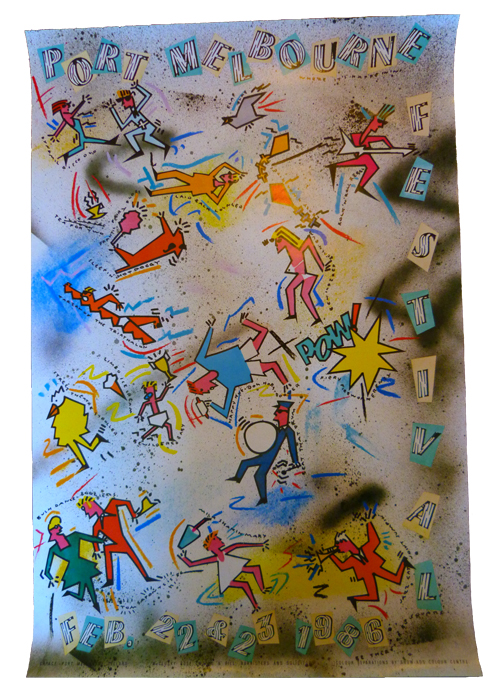 The poster for the 1986 Port Melbourne Festival screams Eighties while those for 1989 and 1991 feature drawings from local school children. 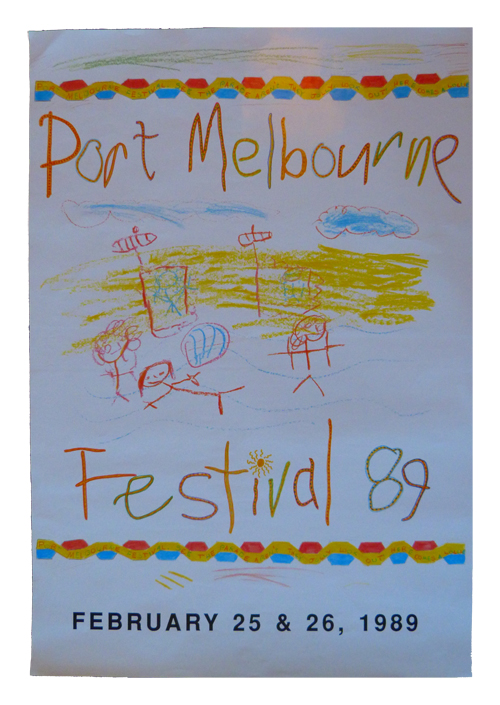 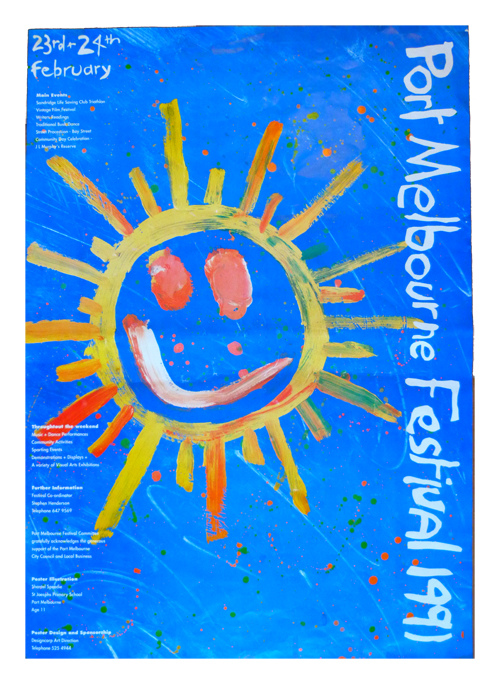 In 1996 Circus Oz were involved in a Summer Circus Celebration in Edwards Park. 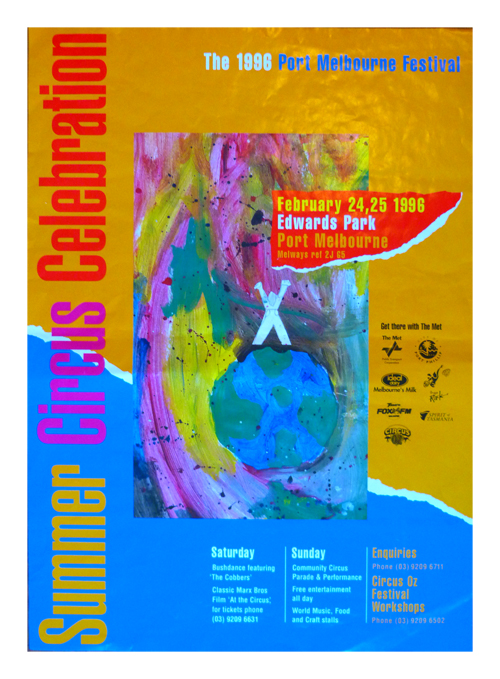 By 2001 the community festival had moved from late February to late March and was spilling from the parklands to include other parts of Port. 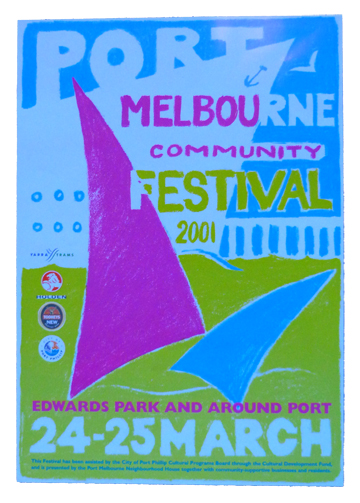 In recent years the Port Melbourne Community Carnival has been a feature of the Neighbourhood Centre’s activities taking over part of Liardet Street for an afternoon in late March.

Keep an eye out over summer and get involved in next year’s event. 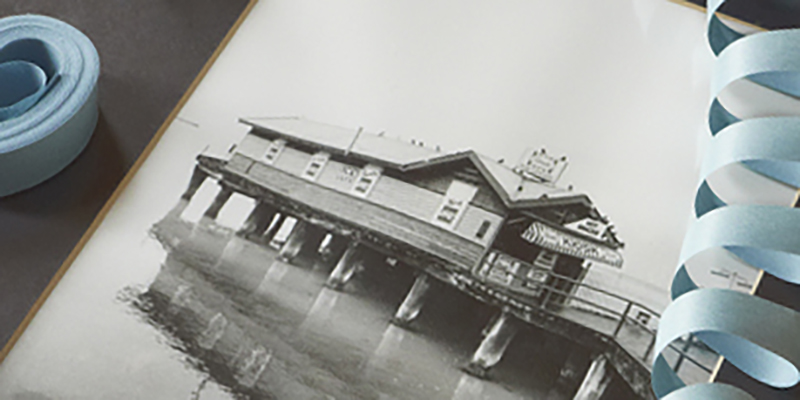 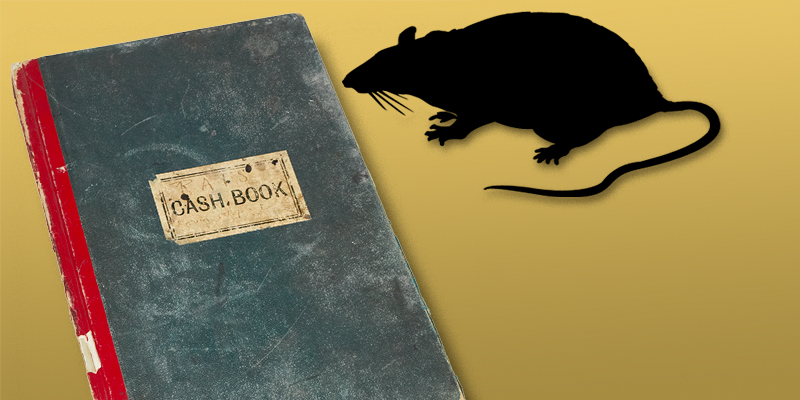 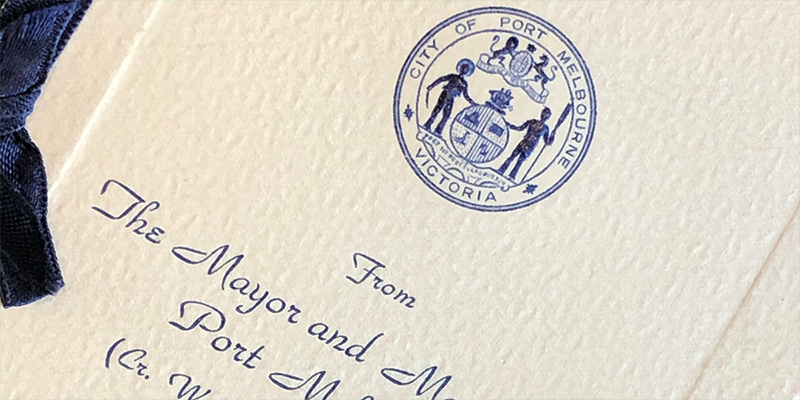