In the late 19th century, life for many in “Marvellous Melbourne” was often tenuous. Living conditions were fairly basic and the economic depression that lingered from the 1890s until the First World War meant there was no guarantee of having a roof over your head or food on the table. It was not uncommon for children to die prematurely, and infectious diseases like tuberculosis were an ever present danger. At the time, tuberculosis was the most frequent cause of death among females and ranked second for males. Major risk factors for dying from tuberculosis, or consumption as it was known, were poor housing and living conditions, food insecurity, and limited access to quality health care.[i] The story of Mrs Jane Adam illustrates the impact that consumption could have on a family.

Born Jane Cumberlidge in 1855, she was the third of eleven children, three of whom died during childhood. Her father, originally from Staffordshire, was a crate builder at the Greenock pottery on the Firth of Clyde, near Glasgow. In June 1878, Jane married William Adam, a marine engineer in Greenock. Both were 22 years old. They had three children, Edmund (1878), Jane (1879) and Williamina (1855). Then in 1886, William served as the 2nd Engineer on the Paddle Steamer Ozone when she sailed from Greenock to Melbourne. Jane’s brother, Edmund, was a fireman (stoker) on this delivery trip.

The PS Ozone was built for the Bay Excursion Company Co. Ltd of Melbourne, with the vessel constructed by Napier, Shanks and Bell at Yoker on the Clyde and the engines made and installed by Rankin & Blackmore of Greenock. Launched in March 1886, after fitting out and sea trials, the Ozone departed Greenock on August 25 and arrived in Port Phillip in late November, having traveled through the Mediterranean, the Suez Canal, stopping at Colombo and Batavia (Jakarta). The ship underwent quarantine at Thursday Island before coming down the east coast to Melbourne. A second quarantine stop was made off Magnetic Island, where the purser died.[ii]

In late 1887, Jane and the three children sailed for Melbourne. The family purchased a house in Moubray Street, Albert Park and in August 1889, Victoria Adam was born. Then tragedy struck in March 1891, when William died of typhoid fever with underlying tuberculosis. At the time he was working as an engineer at Mt Egerton, as was his brother James Adam. Thirty-five year old Jane was left with the four children, Edmund (12), Jane McMillian (11), Williamina (5) and Victoria 19 months. She never remarried.

Although Jane inherited the house in Moubray Street, it had not been paid off. She remained there for a couple of years but then rented it out. Jane became a tenant in South Melbourne for a year then moved to Esplanade East, Port Melbourne where she lived in and operated a small corner grocery shop from 1896 to 1901.[iii] By 1901 her son Edmund had moved back to Greenock, apprenticed to be an engineer, was living with his maternal grandparents, and married later that year. It is believed he sent money back to Melbourne to help support his mother. Jane may have appreciated him being about the place when an intruder entered the shop one evening in April 1901.[iv]

After leaving the Esplanade East shop, Jane and the girls lived nearby, first in Pickles Street and then Iffla Street, South Melbourne. All three daughters, and possibly Jane, earned a living as seamstresses. In 1905, her eldest daughter Jane married Henry Thomas James, a metal polisher and set up home in Merton Street, Albert Park. Two years later, Mrs Adam’s daughter Williamina passed away from consumption at the home of her sister Jane. Williamina was just 22. Then in 1910, Jane James also succumbed to tuberculosis. It is not clear what became of her husband Henry James or their daughter.

Mrs Adam and her remaining daughter Victoria moved to Richmond where in 1914 Victoria married John Lyall Gordon, a collar and shirt cutter. Their first child, Jean Edna was born the next year, followed by the patriotically named Victoria Anzac in 1916. Tragedy struck however when John Gordon became a victim of the global pandemic in 1919, often referred to as the “Spanish Flu”. Unbelievably, John’s wife Victoria Gordon passed away the following year, the third of Mrs Adam’s daughters to die from tuberculosis. Victoria spent her final days at the Heatherton Sanatorium at Cheltenham.[v] Now aged 65, Mrs Adam was left to bring up her two orphaned granddaughters aged 5 and 6.

Given all that had happened the two girls came to depend upon each other, a special bond formed and endured, with the pair always living close together even after both were married. By the time Victoria Anzac and Jean were teenagers, Jane Adam was getting frail so all three were taken in by the Peet family of Dorcas Street, South Melbourne. Jean Peet was Mrs Adam’s niece, the daughter of her brother Edmund Cumberlidge, who helped deliver the Ozone, before settling in Port Melbourne and raising a large family. Apparently both girls worked at the Patross Knitting Mills in Park Street, South Melbourne. Jane Adam passed away in 1933, aged 78. She is buried with her husband William and daughter Williamina in St Kilda Cemetery.

While Mrs Jane Adam appeared in Changing Fortunes, a more complete picture of her life – starting with her family in Scotland, the untimely deaths of her engineer husband and three daughters and having to raise her granddaughters – only came to light recently and quite serendipitously. A friend emailed me a photograph saying, “I think this is the Jane Adam referred to in your book”. The photograph was part of an extensive family history focused on the three generations, Jane, Victoria and Victoria Anzac. After further investigation, we concluded that this was indeed one and the same Mrs Jane Adam. In a curious twist, one of Jane’s great grandsons and several of her great, great granddaughters dived on the wreck of the Ozone off Indented Head, although they did not know at the time of the close family association with this famous pleasure steamer. In matters historical, there is always something new to be uncovered.

Acknowledgement: I wish to thank Margaret Thomas for helping me gain a more complete picture of the life of Mrs Jane Adam (nee Cumberlidge) who once ran a corner shop on Esplanade East. 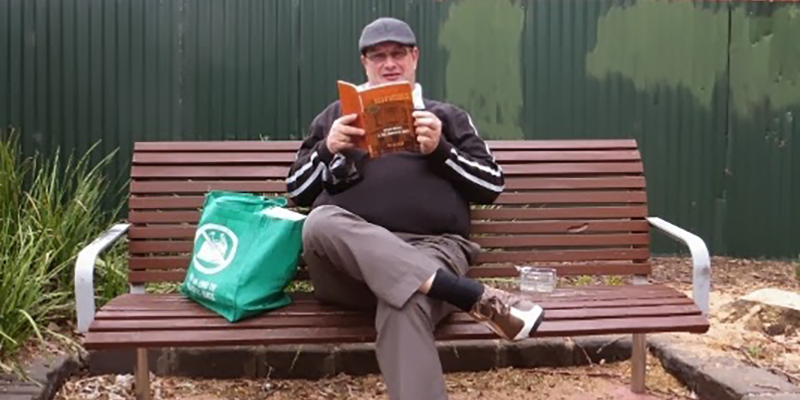