Once Were Champions by Terry Keenan

The formative years of the Port Melbourne Cricket Club. 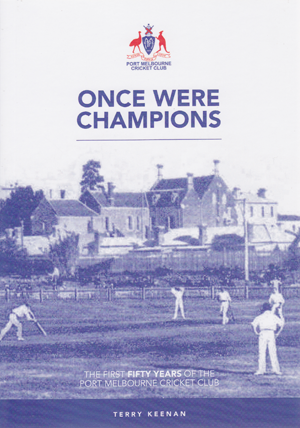 Noted sports historian, Terry Keenan looks at the formative years of the Port Melbourne Cricket Club – a period where the club provided three players for the Australian Test team and won five premierships.

Following on from Once Were Champions, Two More Flags looks at the second fifty years of the PMCC.