Port Melbourne HistoryMarch 27, 20130Comments
ShareTwitterFacebook
The western finger pier at Station Pier is being prepared for the installation of a refurbished Stothert & Pitt crane. The crane was stored in a paddock during the construction of Beacon Cove. A condition of the development agreement was that the crane would be reinstated.

Of course, that is not the original location of the cranes which is illustrated in the photograph below

The cranes look like giant industrial giraffes. The heritage architects, as required by Heritage Victoria, have photographed the cranes where they lay in a paddock prior to their re-assembly – abandoned, rusted and evocative. What a task to restore them! But once restored, they will probably look better than they did in 1980.

The cranes are represented in the Jan Senbergs paintings currently on exhibition in the gallery space at the Port Melbourne Town Hall. Sendbergs had a studio in Bay Street in the 1980s where he painted this series – known as the Port Liardet Limner. He was intrigued by Liardet’s story and his paintings. Like Liardet, and so many others, he began his Australian journey here.

4 April 2013
Work has begun on the the installation of the Stothert & Pitt crane at the finger pier, Station Pier. 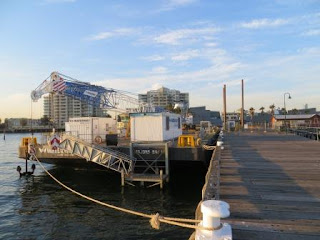 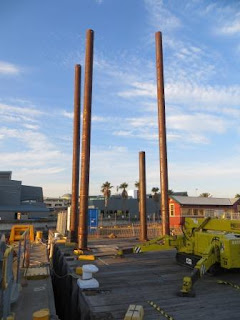 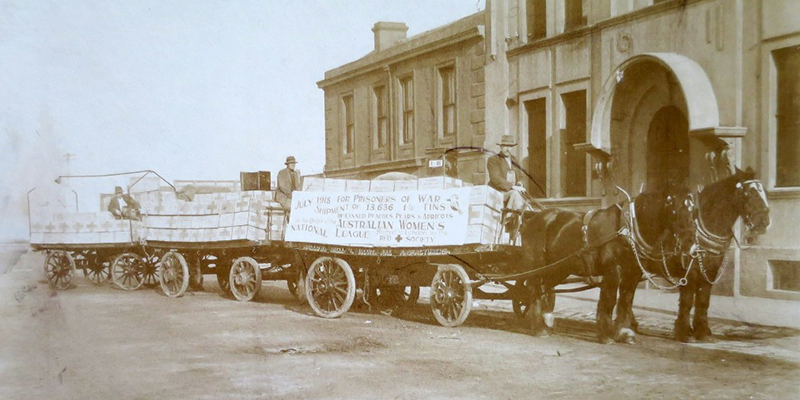