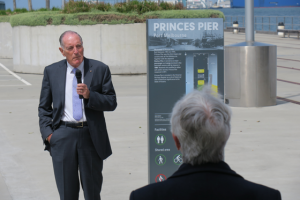 Port Melbourne at that time was a very poor working class suburb. It was made even poorer as a consequence of the events that had happened in 1928. Perhaps it’s worthwhile saying a little about that.

At that time the conditions for waterfront labour were extraordinarily barbaric. Men were chosen for engagement on a casual basis and according to a bull system under which those who were fittest or who were prepared to pay a bribe would be engaged first.

Against this stood the relatively strong but nevertheless still fairly powerless Waterside Workers Federation. Their conditions were worsened by the Beeby award that had been handed down just prior to the events that occurred here. A new union was formed by the employer organisations and was given preference to all labour hire.

The men who gathered out on the ground on the morning on which Allan Whittaker was killed were hungry, poor and had been out of work for some time.

Allan Whittaker, when he was admitted to hospital on that day, was described as a malnourished male with a limp. The limp he had acquired on the day on which he landed on the beach at Gallipoli and was shot. So he was doing it tough – as were those men who were with him at the time. Conditions were bad. Emotions were running extremely high.

There was no indication whatever that Whittaker had in fact engaged in any aggressive act to anyone.  Apart from his physical condition, the examination of the scene indicated that he was standing to the extreme left of the group (as I am looking at it) and to the rear.

He was hit by a police bullet when the officer in charge lost control of himself and directed that the police fire into the group. It seems likely that the bullet was in fact a ricochet from the ground but it struck him in the back of the neck and exited through his cheek bone. As it did it damaged the skin and tissues and bones around that area.

Whittaker was in an extremely poor physical state and the bullet didn’t kill him directly but the septicemia that arose from the fact that he had almost no decent teeth – they had all been removed to try and keep him alive – did.

He died after a protracted period of three months.

That particular event galvanised the people who remained in this community. It provided a focus for the development of the union which became extremely powerful in our industrial history.

How did it impact on me?

I was born into a waterfront family – under the hook – here in Port Melbourne. I understand what it was like for those people.

That is the very strong reason why l have such a continued life long commitment to them and to the values that they represented. Those basic values for which they were struggling were really very, very simple – the opportunity to bring their families up in decent living conditions with a decent wage, the opportunity for health services  and educational services.

I understand that because I have been a beneficiary of all of those.

We are not simply talking about something that occurred as a matter of history but the kind of society we have become as a consequences of the endeavours of those people. And we must now ask ourselves ‘What kind of a society do we want to be now? And how do we see ourselves in a rapidly changing social economic and technological environment?’

We are seeing, it seems to me, an increasing division between those who are affluent and able to control their situation and those who are not.

We need to think very carefully about that and we need to make sure that what we are celebrating here does not just simply become part of our history but part of our actual living culture. 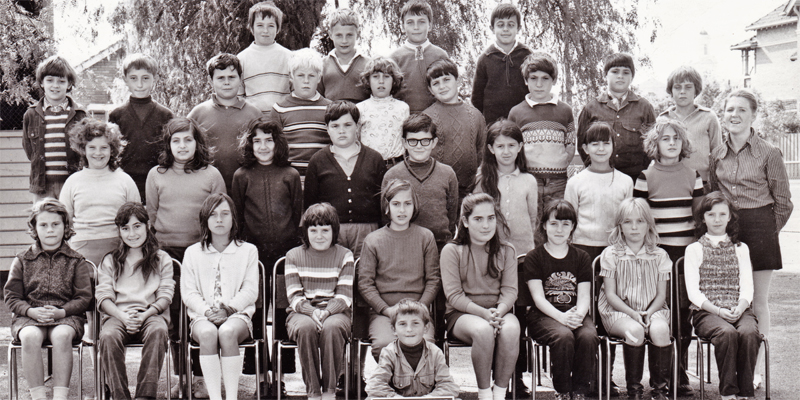