Seisman Street runs between Dow Street and Esplanade West near Liardet Street.  Originally known as Clark Street, but unproclaimed as an official street, Sandridge Council at their meeting on Thursday 22 November 1883 approved that it be renamed Seisman Street, after the immediate past Mayor, Cr Frederick Seismann.  The reasoning being that a Clark Street, already proclaimed, existed in the west of the borough. 1

At that same meeting, the Mayor at the time, Henry Beveridge Donaldson, presented Seismann with a ‘very handsome silver goblet’ inscribed :-

“Presented to Frederick Seisman, Esq, by the Mayor and Councillors of Sandridge in recognition of his services as Mayor during the year 1882-3.” 2

Which raises a question. Is it Seismann or Seisman?

Certainly the street is Seisman, which appears to fit the intention of Council, of which Seismann was an elected Councillor and was present at the meeting when the name was changed (although he may have excused himself from that specific part of the deliberations), but the majority of contemporary newspaper reports favour the double ‘n’ version.   Rightly or wrongly, we have adopted that version for this article too.

Carl Frederick Julius Seismann was born in Germany around 1827 and came to Sandridge in 1849-50, working as a third officer on a German vessel before jumping ship in Port Phillip Bay. He established a business as a cab proprietor and mail contractor with stables at the beach end of Bay Street. 3 He built the Royal Mail Hotel at 20 Bay Street, now known as The Local, in 1872 4 and later became owner the Australian Eleven Hotel further along Bay Street. After selling the hotels, he lived in retirement in Station Street. 5

Seismann took great interest in the affairs of the Borough.  He helped form the South Suburban Building Society and was its first President. 6 He was elected to Council in August 1878 and served until August 1885.   As we saw before, he served as Mayor in 1882-3 , elected after the resignation of Frederick Thomas Derham. 7

In 1880 Seismann formed the Sandridge Volunteer Fire Brigade with a reel house in Stokes Street.  The keys were kept at Mrs Taylor’s at 80 Stokes Street. 8

Seismann was the first President of the Bowling Club when it was formed in 1883, serving until 1891. 9 He followed Thomas Swallow as the second President of the Football Club probably drawn to football through his son, John, who was a player during the club’s junior days. 10 As President from 1879 to 1886 he oversaw the club change its name from the Sandridge Alma FC aka Sandridge FC to Port Melbourne FC in line with the renaming of the municipality in 1884 11, and the transformation from junior club to senior club in the VFA in 1886. 12 He was also involved in the formation of the local tennis club 13.

It is actually silver-plated but is indeed, very handsome.

It is interesting to note that despite what was reported in the newspapers at the time, the inscription on the cup includes the second ‘n’ in Seismann’s name (see below). This leads me to think that Seismann was happy for his name to be spelt either way but when it came to naming a street after him, he preferred, as Pat Grainger has suggested in her comment below, the anglicised version and hence we have Seisman Street.

Keen observers will have noticed there is a Seisman Place in Albert Park. 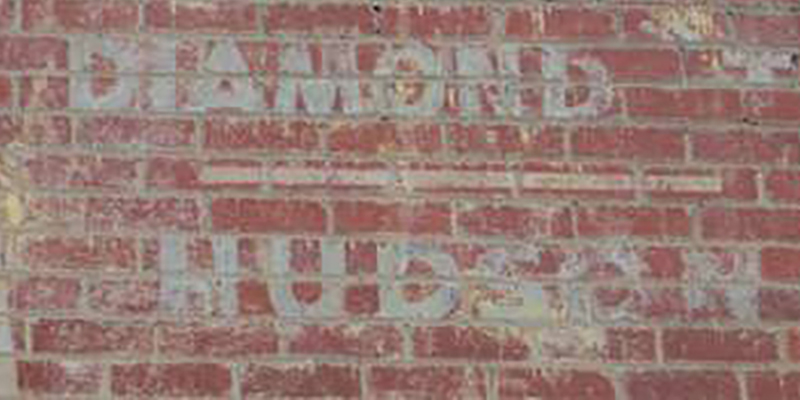 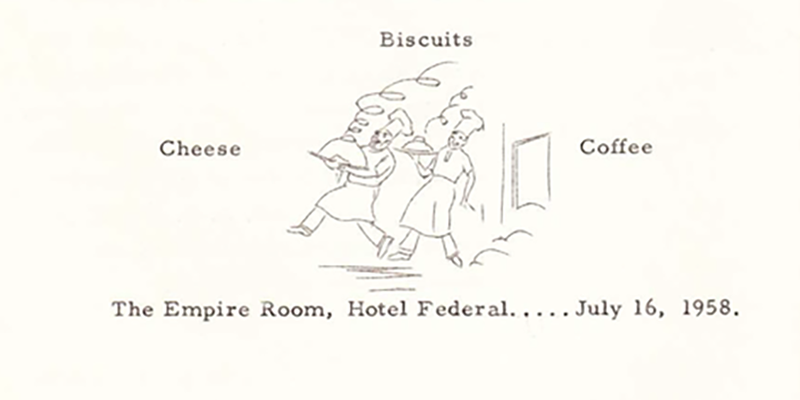 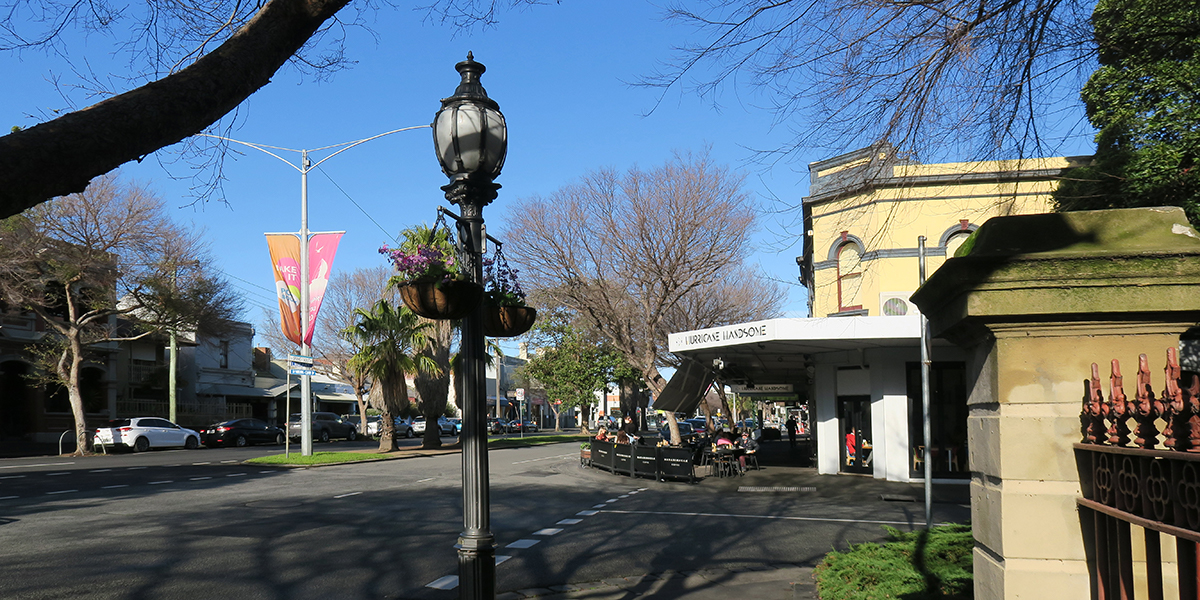 Now and Then 2021 – Corner Bay and Spring Streets