Lind Avenue runs from Dunstan Parade to Sandridge Avenue along the western edge of Buckingham Reserve.

Albert Lind was born in East Charlton, Victoria on 21 February 1878, the second son of Oliver Nicholas Lind, a farmer born in Denmark and Mary Ann Clay, born in Wales. Drought forced the family to move from Charlton to East Gippsland where Albert attended Lucknow and Bairnsdale State schools. At the age of 12 he was apprenticed to local builders, the McKnockiter Bros. He later set up his own business as a signwriter, carpenter, painter and decorator.

Lind married Flora Catherine Arthur at Bairnsdale in 1904 and the same year acquired 640 acres with his brother Ernie and established a dairy farm.

Lind started his political career as a councillor for the East Riding of Bairnsdale Shire, 1914-25, serving as President in 1917-18. In 1920 as a candidate for the Victorian Farmers’ Union, he won the seat of East Gippsland in the Legislative Assembly. He was a strong advocate for both forestry and forest conservation, particularly, in the State’s east. In 1926 the Albert and Lind National Parks near Orbost were named in his honour.

When Albert Dunstan became Premier in 1935, Lind was appointed Minister of Forests and President of the Board of Lands and Works and was Deputy Premier from October 1937 to September 1943. After the war, Lind was also made Minister for Soldier Settlement.

Lind assisted General Motors-Holden’s Ltd to purchase land at Fisherman’s Bend, Port Melbourne and establish car manufacturing on the Bend. He was knighted in 1951and retired from parliament in June 1961. 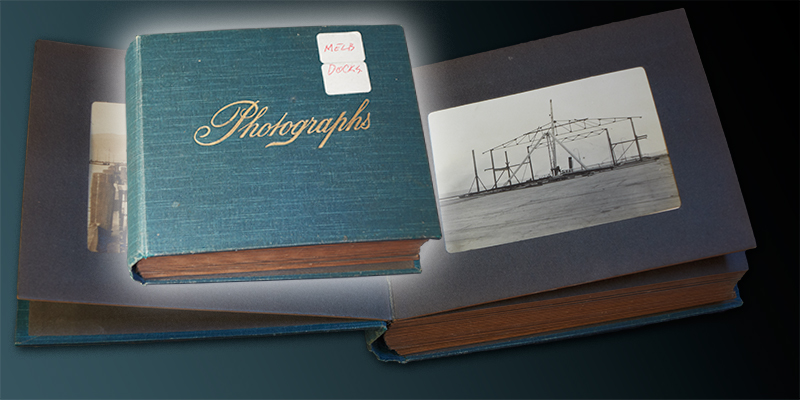 Constructing the Port of Melbourne