This piece is assembled from material on the PMHPS website and publications. The authors are gratefully acknowledged. You will find links to the posts at the end of this article.

In response to the call put out by organiser Janine Hendry, thousands and thousands of women (and supportive men) turned out to March 4 Justice on Monday 15 March in Australia’s capital cities and in many regional towns. The strength of the response showed how deeply women want to live and work in places that are safe from sexual and other violence.

In Melbourne, the marchers gathered in Treasury Gardens and were met with a petition showing the names of 899 women and children who had been killed by male violence since 2008. Among the marchers were Port Melbourne women, Kasey Edwards and Annette Maloney, and likely many others not known to us. Kasey said ‘I am marching today because what happened to us is still happening to our daughters’.

The early decades of the 20th century were an intense period for women’s political activism.

Out of a scrapbook kept by A.E. (Bert) Davies, a Mayor of Port Melbourne, fell a postcard. It showed the dense crowd on the Yarra River bank that rallied against conscription in 1916. On the back of the card, the names of Alice Davies, his wife, and her friends. The postcard carefully kept suggests that this was an important moment to remember.

Alongside the two conscription referendums in 1916 and 1917 was the issue of food prices. Since the start of the war, food prices had risen by up to 28%. Frozen meat as well as Australia’s wheat export crop had been committed to Britain. However, a shortage of shipping meant the food piled up at railway sidings where the mice and weevils ‘began their phenomenal depredations’. Throughout August and September 1917, crowds in their thousands gathered on the Yarra River bank protesting against high food prices. The wharf labourers had been on strike since August, refusing to load food for shipment overseas when it was so badly needed at home.

Early in 1917 Adela Pankhurst had campaigned on food prices at the Port Picture Theatre, “The time has come for women to do more than knit, knit, knit. It is time for women to say this is ENOUGH!”, she said.

Annie Samson was very active in the Port community during the First War. She was the Honorary Secretary of the Port Melbourne Branch of the Political Labor Council of Victoria which became a State branch of the newly formed Australian Labor Party in 1901. Samson had been an organiser for the ‘No’ campaign in the conscription referendum of 1916 and provided material support to the wharf labourers on strike. Annie’s husband George enlisted in 1917. Her foster brother was A.E. (Joe) Budd. He was wounded at Gallipoli and returned to Port since he was no longer fit to serve. He stayed for a time with Annie.

According to Terry Keenan’s account in Welcoming the Wounded Anzacs: “Annie told her father in law that Budd wanted to take advantage of her. He advised her to get Budd out of her house as soon as possible. In September 1917 she ordered him out of her house and he continued to live in Farrell Street with Annie’s siblings. Budd continues to pursue Annie so she approached the police after which a Constable Grant spoke to Budd and warned him to stay away from Annie’s house. He took no notice”.

Budd murdered Annie. He had hidden inside her house while she was preparing for a Pleasant Sunday Afternoon at the Town Hall to raise funds for the war effort.

Jennie Baines was 47 when she arrived in Australia in 1913. She was a veteran activist. She had campaigned intensely for suffrage in England and been on hunger strike several times. No sooner had she arrived in Melbourne than she threw herself into activism once again.

Baines and her husband George moved from Fitzroy to Port Melbourne in 1926, and immediately began working in the Port Melbourne community supporting families evicted for not being able to pay the rent. Frank Vincent recalls that “when she came to live in the Port Melbourne area she organised what were called bailiff runners and my mother was one of them. And these were young people who would go around and call out the neighbours when people were being evicted and they would form human barricades around the houses to stop people being thrown onto the street”. Later, she was appointed as a special magistrate to the Children’s Court in Port Melbourne. Interviewed upon retirement in 1941, she proudly showed one of her mementos, a bag she had kept for smashing windows in her early days as a militant suffragette. In the same interview, Mrs Baines said that she “makes it a point of honor to be first to record her vote on election day. She believes that suffrage so hardly won, is not to be lightly regarded”.

Jennie Baines formed a close association with the women of the McLeavy family who lived above the Port Phillip Stevedores Associaiton rooms in Bay St. Millie McLeavy recalls her aunts going to state parliament after the 1928 waterfront strike, “They all went up there with their umbrellas, Mrs Gaylor, Nurse Morton, Toby Phillips, Jennie Baines – suffragists they were. Mum said at a given signal they all stood up, in the balcony, brandished their umbrellas and had their piece to say: ‘We are the wives of the stevedores of Port Phillip, and our children are starving while the scabs are scabbing. Mr Hogan has allowed the workers to be shot down. Shame on the Labor government!’

Lou Graham and Grace Patullo were the 3rd and 9th of 10 children born to Bernt and Edith Aanensen. Bernt was a founding member, No. 5, of the Port Phillip Stevedores Association. He believed that men should be entitled to fair working conditions and remuneration for their toil. His ten children grew to hold the same convictions and all held strong political beliefs as members of the Socialist Party.

Lou and Grace became early members of the Union of Australian Women (UAW). At a time when a woman’s place was considered to be in the home caring for children or working as cheap labour in factories, the UAW aimed to improve the status of women and children.

Lou and Grace worked tirelessly for many years for the UAW and other groups. As members they demonstrated for the rights of women to work for equal pay and conditions and for affordable childcare. They called for disarmament and a halt to nuclear testing and mining. They were vehemently against the Vietnam War. They protested against South African apartheid, opposed the White Australia Policy and called for indigenous rights in Australia. They campaigned for equal distribution of wealth, increased welfare services, abortion law reform, women and family friendly workplaces, health and housing, outworkers and reconciliation. The UAW members did not merely write in protest but regularly protested on the steps of parliament house.

Olive Zakharov, senator for Victoria from 1983 to 1995, spent most of her life campaigning on a range of community issues. She campaigned to save Swallow Street houses from demolition as part of the Sandridge City Development Corporation Bayside development, and at one point painted “NOT FOR SALE” on her roof in order to promote the message. She disclosed to the Parliament in 1993 that she had been the victim of domestic violence.

These Port stories point to a continuity, rather than a departure, in the tradition of women’s protest.

Articles referred to in the preparation of this piece

Annie Samson in Welcoming the Wounded Anzacs by Terry Keenan 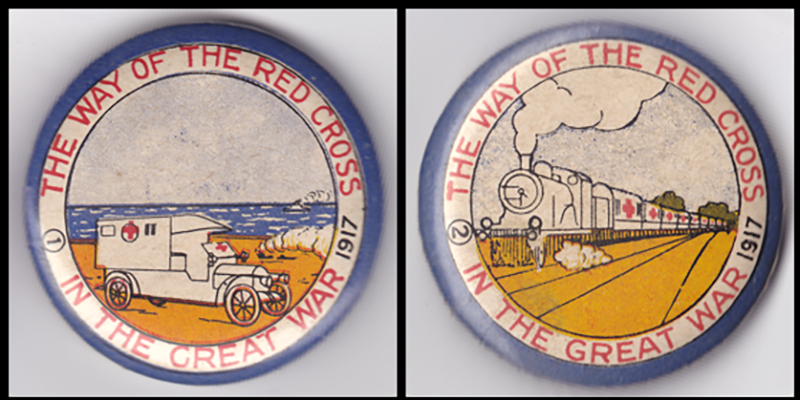 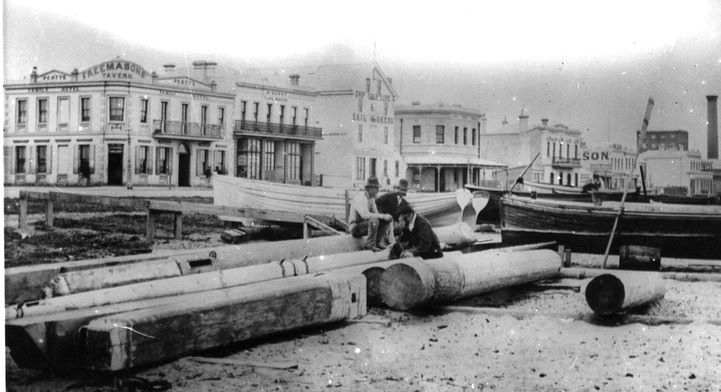