Ingles Street is parallel to, and a block south of, the northern boundary between Port Melbourne and South Melbourne. When gazetted in 1860, it only ran from the eastern boundary with Emerald Hill (South Melbourne), past the upper arm of the Sandridge Lagoon to Evans Street, just over the Melbourne and Hobson’s Bay Railway. Pickles and Boundary Streets did not yet exist.

Relatively few houses were built along Ingles Street, due in part to the number of cross-streets, i.e. Crockford, Garton, Bay, Heath, Nott and Station. Many of the corner blocks were taken up with shops and hotels, including the Flood Gate, the Globe and the Southern Cross.[1] In addition there was a blacksmith, a coach builder and the Primitive Methodist Church in Ingles Street.

Like Bridge and Graham Streets, Ingles Street traversed the settled area of Sandridge (Port Melbourne). However while Bridge and Graham Streets were later extended westward beyond the railway line, only Ingles Street was extended as far as the south bank of the Yarra. This new section of Ingles Street across Fishermans Bend attracted industries that involved noxious, smelly processes using offal and other waste materials and/or chemicals as feedstocks. The first was candle and soap maker John Kitchen & Sons who moved from Bridport Street, Emerald Hill in 1859. By 1870 there was a second candle maker, an abattoir, four boiling down works, a “glue manufactory” and a “patent” manure manufacturer in Ingles Street beyond the railway line. Subsequently Felton Grimwade & Co, a wholesale pharmaceutical agent and chemical manufacturer, established a factory midway between Kitchen & Sons and the Yarra.

In the 1860s, toll roads were an economic necessity for the fledgling municipality of Sandridge. First there was a toll booth on Sandridge Road (City Road) the main thoroughfare for goods moving from the piers at Sandridge to Melbourne and beyond. A second booth was established on Ingles Street near the rail crossing, intended primarily to collect tolls from sand carters and other carriers coming from Fishermans Bend. These two toll booths netted around £700 and £600 per year respectively for the local Council.[2] Tolls were a very contentious issue and the source of much annoyance and frustration, especially when people were charged multiple times on a single day for passing several toll booths. This frustration intensified after Williamstown Road was built in the 1870s.

Owners of the factories along the Fishermans Bend section of Ingles Street petitioned for improvements to the road. So in 1887, Port Melbourne Council let a contract to Donald Ross and Simon Patience to seal the surface of Ingles Street and also to build a “tramway” along the middle of the street. Better described as a plateway, this comprised a pair of flat metal tracks laid into the road surface. Supported by a series of wooden sleepers buried within the roadway, it facilitated the easy travel for heavily laden, horse-drawn wagons. A dispute arose between Ross and Patience and the Council over payments which went to the Supreme Court but the matter was settled out of court.[3]

This image contrasts the industrial and the residential sections of Ingles Streets in 1939. On the right is the factory that made the Cindcrete bricks used to construct the ‘bank houses’ in Garden City and on the left, in the middle-distance, are the extensive facilities of Kitchen & Sons.

However there was more to Ingles Street than a collection of houses, corner shops, pubs and small businesses, plus an avenue of smelly processing plants. In 1903, the Victoria Golf Club was established at its north-western extreme, on the corner of Lorimer Street. It had a stylish club house, although getting there from the city was not easy. One enterprising proprietor of a horse drawn cab service said he was prepared to pick up members at North Port Railway Station and convey them to the club on Saturdays if there were sufficient numbers.[4] This involved the members, dressed in their knickerbockers and golfing finery, traversing Ingles Street, trying not to inhale its aromatic delights.

After the Victoria Golf Club moved to its present location at Cheltenham in 1927, the facilities were taken over by the Sandridge Golf Club. This new club had ties to Port Melbourne folk, including long serving Town Clerk and keen golfer, Sydney Sims Anderson, who was at one time its President.

It is generally agreed that Ingles Street was named after Charles Muirhead Ingles. Born in Greenock near the mouth of the Clyde (Scotland), his father was a customs official. Thirteen year old Charles was an apprentice in the merchant navy but a decade later, just prior to coming to Australia in 1851, he was a successful book-keeper living in Glasgow. Charles Ingles settled in Sandridge and in 1853 formed a partnership with John Adam and William Gresham as ship chandlers. In 1857 they built a pier with a small crane and tramway for moving goods to and from their stores off Beach Street, between Railway Place (now Princes Street) and Stokes Street. This was at the height of the Victorian gold rush. Over the years, Ingles engaged in a variety of other business ventures including the bold proposal by engineer, and fellow Scot, Benjamin Dods to build a massive water supply system on the Goulburn River named the Grand Victorian North West Canal, Irrigation, Traffic and Motive Power Company Ltd.[5]

Charles Ingles served as a councillor and later alderman for the Macarthur Ward of Melbourne in the late 1850s, the ward that encompassed Sandridge before it became an independent municipality in 1860.[6] Subsequently he was on the Sandridge Council, but for just seven months from August 1862, the third shortest tenure in the history of Sandridge / Port Melbourne.[7] Ingles made at least one unsuccessful attempt to be elected to the Victorian parliament.

In 1861, Charles married Catherine Eliza Ives; he was 32 and she was 22. The daughter of a merchant, Cornelius Ives of Emerald Hill, Catherine described her occupation as ‘lady’. While initially they lived in Sandridge, later they resided in Fitzroy, Hawthorn and Kew. By the early 1880s the couple had moved to Sydney where their only child, a son, was born in 1884.

Over the past 150 years, Ingles Street has remained a vital transport corridor through Port Melbourne to the river, even after the Westgate Freeway bifurcated Fishermans Bend in the 1970s. Today you can still walk or cycle from Port Melbourne to the Yarra via Ingles Street, much as wharfies and other working people did a century ago. Fortunately the variety of industrial premises you pass along the way are much more benign than those in the early 1900s. In the future, Ingles is envisaged by some to be a lively boulevard linking Port Melbourne with the new Sandridge and Lorimer precincts of the redeveloped Fishermans Bend.

Although we know it as Ingles Street, the spelling should probably be Inglis. As a young man in Scotland, Charles spelt his name Inglis. When the street first appeared in the Sands & McDougall directory in 1868 it was spelt Inglis but changed to Ingles from 1879. Throughout his years in Melbourne, newspapers, rate books and electoral rolls referred to him as CM Ingles. However when Charles lived in Sydney his name was consistently spelt Inglis including when he passed away in 1887 and on his headstone. His son, Charles Murihead (junior), used the spelling Inglis.

Be it Ingles or Inglis, this street remains an important part of both the industrial past and the urban future of Port Melbourne. 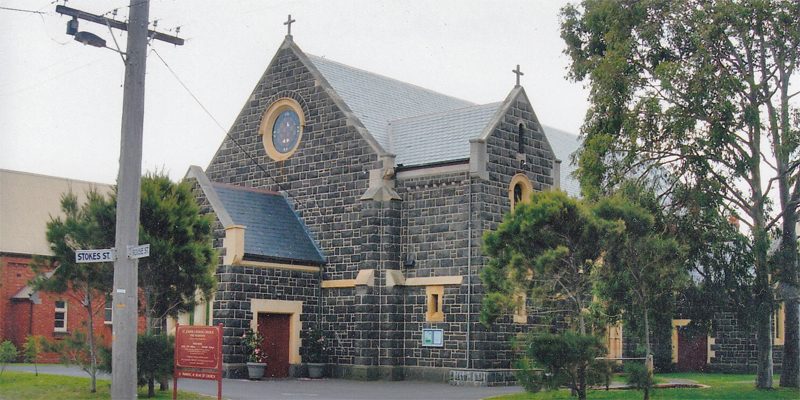 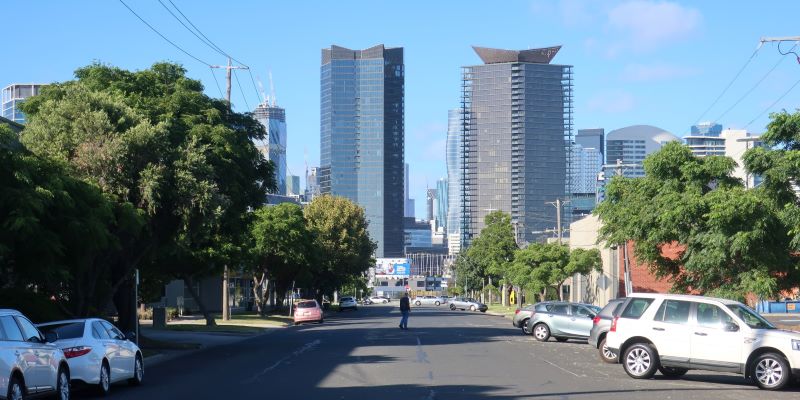